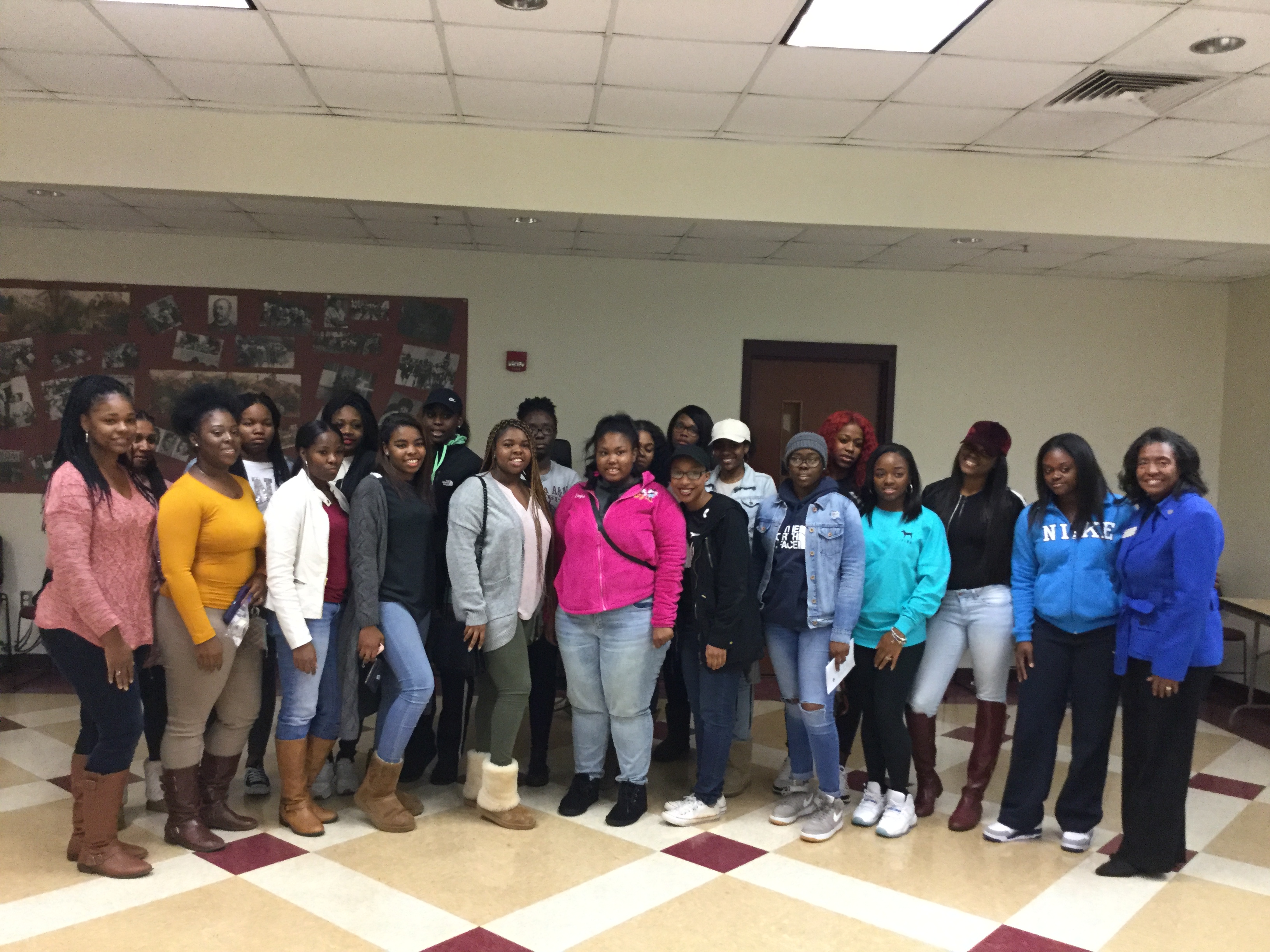 Last Monday in Huntsville, Alabama, a group of students and their professor were joined by members of their community.  They gathered on the campus of Alabama A&M University for a night of art, awareness and advocacy.  They called the evening’s event, “Wounds of Womanhood”.  They were there to discuss something that is quite unfamiliar to the people of Huntsville – female genital mutilation (FGM).

In early October of this year, Global Woman P.E.A.C.E. Foundation’s Executive Director, Angela Peabody was invited to visit Huntsville to speak about female genital mutilation.  In addition to a speaking appearance at the University of Alabama, Peabody visited Alabama A&M University, where she lectured to Professor Helen Fischle’s Diverse Populations class.  She piqued the interest of the students and their professors, when she told them that the state of Alabama did not have a law against the practice of FGM.  The students and Professor Fischle told Peabody in October that they wanted to do something about their state not having a law in place.

The students and their professor followed through with their promise to pursue a law in their state and to raise awareness about FGM in Alabama.  Prior to Peabody’s lecture in October, most of the students had not heard about FGM; and those who had heard about it were not aware of its existence here in the United States.

So when “Wounds of Womanhood” last week packed the room with approximately sixty students, two professors and many others from the community, it amazed the hosts.  They did not expect such a turnout, considering it was the Monday after the Thanksgiving break, and Cyber Monday at that.  The evening turned out to be a great success for raising awareness about FGM in Huntsville.

The main speaker of the evening was the President of Global Ties Alabama, Jacquelyn Gates Shipe.  Mrs. Shipe had met Angela Peabody this past July at a convention in Fort Worth, Texas.  Peabody had briefed Shipe about her organization’s mission and work; Shipe wasted no time in extending an invitation to the Executive Director of Global Woman P.E.A.C.E. Foundation to visit Huntsville in the fall.  The Global Ties Alabama’s President walked the audience through the steps of legislative advocacy.  She shared with them the names of the Alabama State Legislators, whom she feels will be most supportive in their quest to establish a law against FGM in that state.  She urged them to continue their awareness meetings, and to possibly meet with a couple of the Legislators, upon their return from the holiday break.  It is their hope that they can meet with those Legislators, prior to when the Alabama Legislature convenes their 2018 session.  Jacquelyn Shipe told Global Woman Newsletter, “It was an excellent meeting.”  She continued, “The audience was attentive and engaged.”

In addition to Jacquelyn’s presentation, the hosts played two pre-recorded videos made especially for that evening.  One video showed Angela Peabody addressing the audience, as she described the work and role she and her organization play in the anti-FGM campaign.  She told the audience how much she wished she could have been with them in person.  The other video was with FGM survivor, F.A. Cole of Maryland.  Cole graciously shared her story with the audience.  She mentioned her recent FGM restorative surgery, and how she continues the healing process.  Jacquelyn Shipe told Global Woman Newsletter, “Your video message and the message from the survivor were very effective.”

Professor Helen Fischle told Global Woman Newsletter, “Jacquelyn Shipe did an excellent job in explaining to the students what the next steps should be, in regards to starting the process of writing to our State Legislators.”  Fischle added, “She has already given us some good leads.”

Helen Fischle and her students are optimistic that they will be able to rally support and approval from their State Legislators to have a law passed in the state of Alabama.  With what these students, along with their Professor and Jacquelyn Shipe have done in only two months, there is little doubt that a Bill against FGM will not be put forth in Alabama in 2018.

Global Woman P.E.A.C.E. Foundation wishes the students and their other advocates the best in getting the attention of their State Legislators.  If you are reading this story and you are not sure if your state has a law against FGM, please contact Global Woman Newsletter at info@globalwomanpeacefoundation.org.