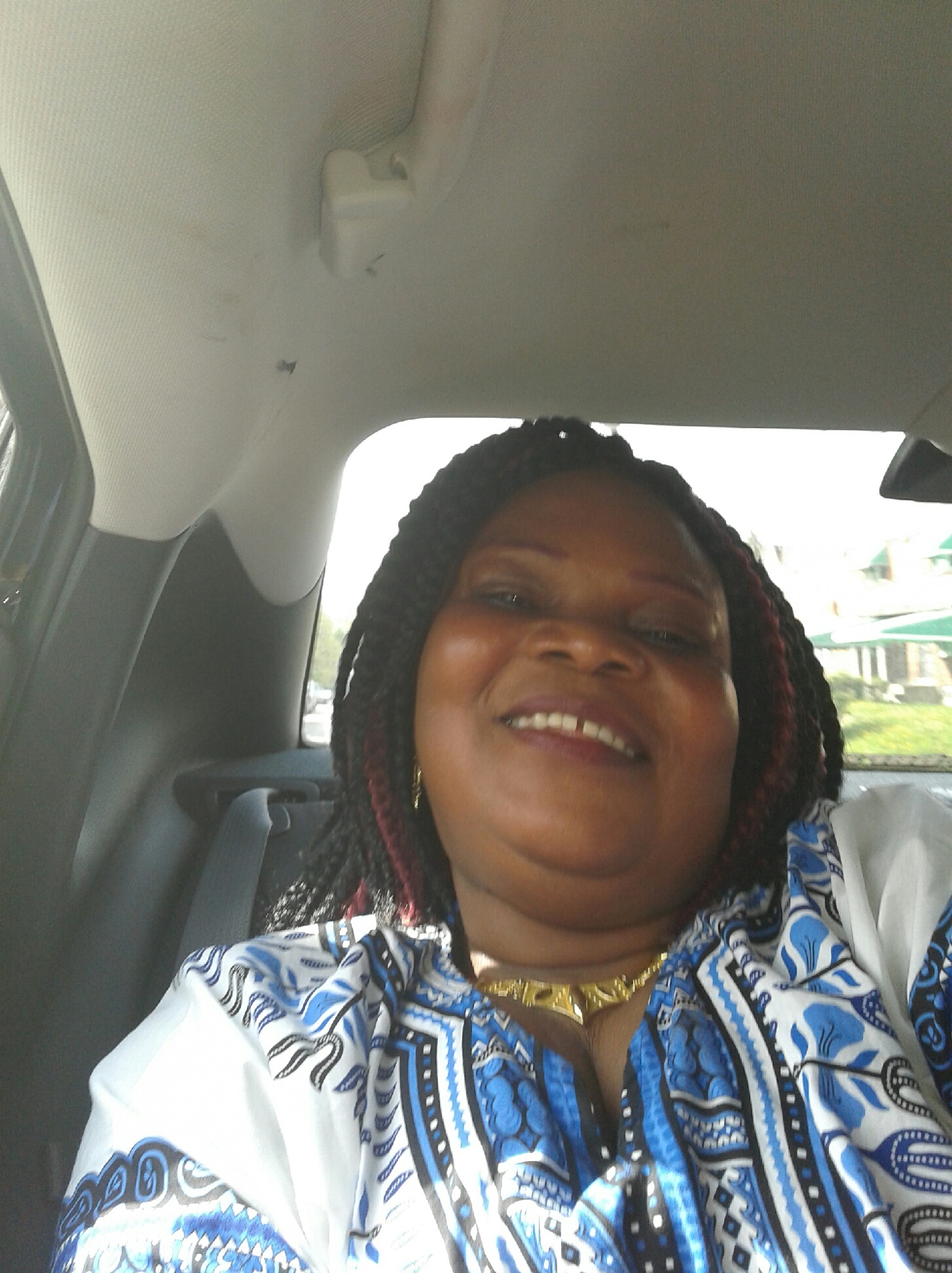 Her name is Yatta Dosii but she is more commonly known in her native Liberia and the U.S. as Ma Yatta.  Yatta was first introduced to Global Woman P.E.A.C.E. Foundation in the spring of 2016, when she offered shelter to three escaped little girls in her Liberian village.  The girls had escaped from their would-be exciser.

Prior to the night when she aided the three girls, Dosii was known in her village as the woman opposed to the practice of female genital mutilation (FGM).  Although she respected her country’s laws and cultural traditions, Ma Yatta defied the practice of FGM in her village.  She did not allow anyone to take her daughters to the Sande Bush, the secret society that practices FGM in Liberia.  She detested what had happened to her when she was only 15 years old in her village in Cape Mount County.

Ma Yatta’s work against the practice of FGM did not win her favoritism from those in her village who believed in the practice.  Everyone knew that she held the three girls in her home, to prevent them from being violated.  As her popularity grew as an advocate against FGM within her Liberian community, Ma Yatta became more unpopular among the superiors of the Sande Secret Society Bush.  She began to receive threats from supporters of FGM; so in September of 2016 with the assistance of Global Woman P.E.A.C.E. Foundation, Yatta Dosii traveled to Monrovia and placed the three girls in a safe home.  With her own daughters in a secure boarding school, she then traveled to the United States in search of safety.

Shortly after she left Liberia, supporters of FGM in her village visited Yatta’s home where her father lived.  They demanded to know the whereabouts of his daughter.  They threatened him when they did not find Yatta.  The same FGM supporters went to the boarding school where Yatta’s daughters attended school.  Fortunately, the girls learned about the visit to their mother’s home, and fled the school campus to a safe place.  Ma Yatta was devastated when she learned about the actions against her family back in Liberia.

It is only a little more than fifteen months ago since Yatta arrived in the United States, afraid for her life.  She attended the 2016 Walk To End FGM in Washington, D.C., at which time she received a Global Woman Award for her superb advocacy work in Liberia.  Global Woman Newsletter recently sat down with Ma Yatta to discuss her life in the U.S.

GWN:  Tell us in your own words what brought you to the U.S.

Ma Yatta:  I was advocating for the rights of women and children, especially against FGM.  Our people didn’t want me to do that.  I rescued the three little girls and my life was in danger.  When they went to my house, they told my father that if they found me, they would take me to the Bush.

GWN:  What would have happened in the Bush, since you had already gone through FGM?

Ma Yatta:  They would have beaten me, harmed me and done evil things to me.  I could have been killed.  They looked at me like a traitor to my culture.

GWN:  Tell us more about your work in Liberia.

Ma Yatta:  I started doing my work in 2010 in Cape Mount County.  I started a community-based organization, doing awareness and educating the women in the village.  I went to other villages.  I taught the women how to save our money and give out micro-finance loans.

Ma Yatta:  We started a club in the villages and every woman had to put money in the club. Then the club gave small loans to the women for them to do their little businesses.  As we call it in Liberia, we made our markets and paid back what we took out from the club, and the profit went to the women.  I built two houses in Cape Mount, and taught the women how to do agriculture.  We built a women center so if a woman’s husband did not treat her well, she would have a place in the center to stay for safety.  At the center, we made soap, sewed clothes and crocheted.  The purpose was to make women independent and to keep them off the streets or from practicing FGM.  You see, violence against women was on the rise in Liberia.  Rape was rampant in the community.  When a man raped a girl, the same man bribed the parents with money to prevent the parents from reporting the crime.  Early Child Marriage was another big problem.  At the center, we convinced the mothers and the children not to entertain that behavior toward them.

GWN:  Well, you are now in America.  What has your life been like here?

Ma Yatta:  It has been difficult for me to stay here at first, but I applied for asylum and I now have my work permit and my social security card.  I also have a part time job now.

Ma Yatta:  Thank you.  I registered with an agency so whenever they have an assignment for me, they call me to go in.  Global Woman P.E.A.C.E. Foundation introduced me to a lawyer in Philadelphia where I live.  Carol Wilder, my lawyer is a Godsend for me.  She took special interest in my case and assisted me in so many ways.  Ms. Wilder has treated me like a family member, and not only my lawyer.  She encouraged me to register for adult literacy English classes.

GWN:  How has that worked out for you?

Ma Yatta:  I am so happy that I can send text messages, and I can read and write now.  The first time I sent a text message to Angela Peabody of Global Woman P.E.A.C.E. she was surprised and called me to celebrate that I could read and write.  I have improved my life since I have been in America.  I have a part time job, and hoping for a full time job.  I now have my own place, I can read and write and I hold a Global Woman Award.  The next thing I want to do is to learn the computer.

GWN: As a survivor of FGM, how have you lived with post-FGM?

Ma Yatta:  It has been so tough.  I have lived like half of a human being.  Some of my parts were taken away from me when I was a girl.  When you are missing some of your parts, you are affected mentally.  I was confused because I didn’t understand why this thing was done to me.  It is difficult to interest a man or hold onto one.  As soon as the man discovers that you have no clitoris, he doesn’t want to touch you.  There is no feeling at all and he loses interest in you.

GWN:  Sorry about that.  How do you feel when some Liberian women endorse the practice of FGM?

GWN:  Why do traditionalists in Liberia pull girls out of school to join the Sande?

GWN:  What can people reading your story do to help you?

Ma Yatta:  Global Woman and my lawyer have helped me so much, but I want to get in the position to help other women just like they helped me.  I want to do advocacy and awareness because if we don’t continue this work, FGM will never end.  We the survivors have to tell people how FGM affects us.  I want my living conditions to improve so I can help others.  I also want to have the corrective surgery through Global Woman so I can help other women to get it too.  I know that I also need counseling because when FGM is done to you, you never forget it.

GWN:  We certainly hope that you will achieve all of those things, Ma Yatta.  But if you had only one wish, what would it be?

Ma Yatta:  To get my green card (permanent residency) in America.

GWN:  Liberia just elected a new President, George Opong Weah.  Are there any hopes of banning FGM in Liberia during his leadership?

Ma Yatta:  If Mr. Weah can support the advocates against FGM instead of supporting the Sande, then there is hope.  If his administration could just encourage the women who practice FGM to do farming and other enterprising things, then the women would stop practicing FGM.  The women get paid a lot of money to practice FGM so if they can get something else to occupy their time that can support them, they would abandon it.

GWM:  Do you really believe that money and enterprise can stop the Sande women?

Ma Yatta:  Yes.  Empowerment and support will help them stop practicing it.

GWM:  Ma Yatta, thank you for taking the time to speak with us and share your story with our readers.  We wish you the best in everything, and hope all of your dreams come true.

Dosii told Global Woman Newsletter that she worked with the youth to protect them from violence in their Liberian communities.  She was so efficient in what she did that the Liberian Gender Ministry called on her to assist them with gender and youth work.  She was once part of the Liberian delegation to the United Nations conference for the Commission on the Status of Women (CSW).  Yatta believes that she would have been offered a position with the Liberian Government at the time, had she been academically educated.  She said, “They told me I didn’t know book.”

Yatta is exceptionally intelligent.  Unfortunately, she had some wrong breaks in her life.  She underwent FGM at fifteen years old and was married off shortly thereafter.  She barely received any early academic education before she was married.  Although she was deprived of an education, Yatta did not allow that to prevent her from humanitarianism.  Global Woman P.E.A.C.E. Foundation could not be more proud of Yatta for what she has done with her life in just a little over a year of being in the U.S.  While Global Woman P.E.A.C.E. is not in the business of immigration and resettlement, the organization is glad that it assisted Yatta with her asylum.  As she continues to follow her American dream, Ma Yatta is an immigrant success story.