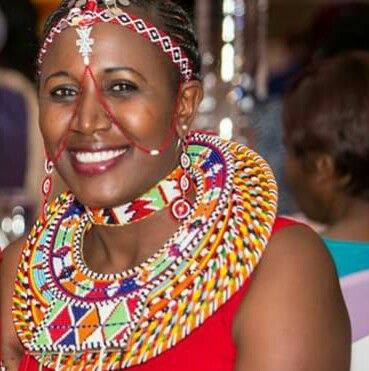 Like any other 12 year old girl after primary school, Rose was very excited that she would eventually join her parents for the long Christmas holiday. Rose has been in a boarding school as long as she could remember. “The school girl” was the nickname that she was given by the villagers from her remote village in Samburu County at the northern part of Kenya. Her expectations were high because she was to spend a good time with her age-mates who had not stepped in a classroom. She was looking forward to telling them stories that she had read from their English book, particularly the story “Stepping Out”. To step out from primary school and join high school, she was excited that she would tell her friends how her English teacher encouraged her to work harder when she joined high school the following year. Rose was a very intelligent girl and she was already dreaming of being a career woman, a politician and a mother.

Their journey to the village took two days; her dad came to pick her up from school. They used a bus to a small town and continued to their village the following morning on foot which was about 12 miles. Mr. Lewaso was a very traditional man and he has never been to school and for him to allow his only daughter to attend school was because of the “Chiefs’ Act”, a government program that gave children from the villages an opportunity to attend school for free. Mr. Lewaso, like any other Samburu man, wished for his daughter to have very beautiful beads around her neck, look after his herd of cattle and get married to a very rich old man before puberty. Thank God, that did not happen. Rose was in a boarding school under the care of the Catholic missionaries.

As they got nearer to their village, Rose couldn’t help but smile with the thought of seeing her mother and siblings in a few minutes. Their journey was silent and boring because traditionally, a man is not supposed to engage in any conversation with his daughter; in fact they are not even supposed to walk side by side…this is funny, right? Rose was all alone walking behind her father without uttering a word, unless she was asking for time to rest under a tree, which was not guaranteed. Rose was tired, hungry and her only wish was to get home to her mother’s hut, where she was sure of warm milk from her cow and a loaf of bread that her father bought her for lunch, but she did not eat because she had to take it home and share with her siblings.

There was excitement in the faces of everyone as they received their beautiful school girl Rose. Her step-mothers and their children were also present to receive her. The only strange thing that struck Rose was the presence of other women from the neighboring village. Rose did not understand why the women were at their home. The school girl was naive that she did not ask any question and did not even pay attention to any other “Signals” that were all over their homestead. The only thing she was sure of and believed was that her mother and sibling were excited to have her back home after a long semester.

Rose closed her eyes that night next to her mother and two other strange women (she still never understood why they had to spend the night at their home). She was awakened at 3:00 am by her mother and the soft voices from the strange women gave her chills. She felt some numbness in her body as fear crept slowly and gave her a signal of the unknown ordeal that she was about to face. Her mother tapped her shoulder and said, “You have to be brave and do not scream, all girls have to go through what you are about to go through for them to be respected women. I also went through it and that is why your father married me”. Rose was now shivering with fear and she was so confused as she remembered the last words of their class teacher, Ms Jane. “Report any gender based violence like Female Genital Mutilation. Take care of yourselves, my girls”. By that time, her mother turned away and asked Rose to join the women outside.

Rose walked slowly towards the door of their hut and what she saw, was total darkness except for a very dim lamp that one of the women held. The women were about ten in number including her three step-mothers. They were busy preparing for a rite of passage for Rose. Poor Rose did not understand what was going on and unfortunately, she was also not given the time to ask anything. As soon as her tiny head was out of the hut, she was grabbed by one of the women who held her while another one forcibly removed her clothes. Rose was in shock as to what the women were doing to her. She did not have time to defend herself. She thought that her mother sent her out to help the women to run some errands.

The last thing that Rose did was to let out a sharp scream, calling for her mother who of course did not come. The woman who did the “operation” was merciless; she grabbed Rose with the help of other women and spread her legs to expose her vagina. She used a very blunt knife that she had carried for as long as she had done that “work”, which was 20 years ago. She used it to cut Rose’s clitoris and labia off. The pain ripped through Rose’s heart as she struggled to free herself from the women, which was all in vain.

“Finish her well, repeat it once more because you have left something….” one of the women told the cutter. This time, blood was flowing like a river from the wound and Rose was numb and helpless. The second cut was a cruel one and it struck like lightening. The women were sure that they had accomplished their “mission”. Rose lay helplessly on a goat-skin mat that her mother prepared for her. She was bleeding and had been unconscious since the first time that dirty knife landed on her body. The women were getting worried as the morning fast approached. They knew that things were not fine!

At around 7:00 in the morning, Rose gained her consciousness and with very faint eyes, looked at her mother, who was holding her head close to her chest. Her mother’s eyes were as red as blood, and she looked worn out because of the crying and pain she felt as Rose’s mother. Rose grabbed her mother’s hand and held her so tightly as she tried to mumble some words out of her mouth. She was too weak due to loss of blood and her little skinny body was becoming cold…she was slowly dying in the presence of her “killers”. Her mother tried to talk to her but instead, Rose let out a sharp scream and painfully took her last breath!

The precious Rose was gone, and as a tradition, she was buried before noon and no one was supposed to talk about it.

Female Genital Mutilation is a harmful cultural practice that has continued to take away the lives of young girls like Rose. As many organizations and governments join to educate the communities on the effects of FGM, the communities are busy getting strategies of continuing with the practice, like cutting the girls at night or taking them to the bush without any ceremony.

If only Rose had survived to tell the pain felt from the first cut, then we would have another side of the story…but for now, let us face the reality that FGM and its effects have led to many deaths of young girls who would have had a bright future after education!

Rose is just among the many broken roses which cannot be brought back to life!

About the Author
Severina Lemachokoti is an anti-FGM campaigner, a human rights defender and a gender activist from the Samburu community in Northern Kenya. Severina is currently a student at Wichita State University, Kansas State pursuing a Master’s Degree in Liberal arts, with focus on Community Psychology, Sociology and Women Studies. As a professional trained teacher, she also holds a Bachelor’s Degree in Counseling Psychology and a higher diploma in Psychological Counseling. As one of the survivors of FGM, Severina uses her own experience to educate young girls from Kenya and her community to say “NO” to FGM and embrace education. She has helped in changing the lives of young girls and women in her community through mentorship programs in schools and churches. As a trained counselor in psychology, she focuses on helping the survivors heal from the traumatizing experiences. She believes that in helping the survivors heal, is one of the ways of ending FGM in the various communities. Severina worked as a program officer for the ANTI-FGM Board, a government body under the ministry of gender to implement the anti-FGM act of 2011 and the 2010 constitution of Kenya to protect the rights of young girls in Kenya. She also coordinated programs for “Days for Girls International”, an organization that works with girls and women to offer menstrual hygiene education and reusable sanitary towels. Severina is a member of various organizations in Kenya and Africa that defend the rights of young girls and women.