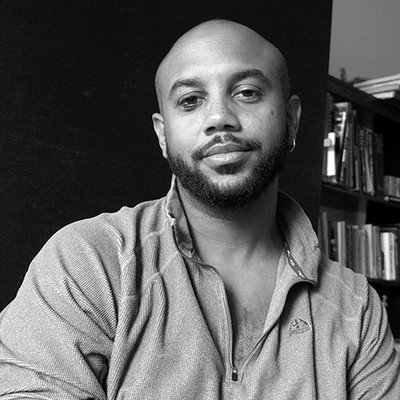 Many years ago, most anti-female genital mutilation (FGM) advocates were women and girls.  However in recent years, the faces of advocates have changed and increased to more than just the female gender.  In 2016 the Global Woman Awards gave the first male recipient a recognition award for using his advocacy through art to fight the practice of FGM.  That recipient was European artist, Godfrey Williams-Okorodus.  Global Woman Newsletter recently sat down with another male artist who happens to be an advocate against the practice of FGM.

Born in Mount Vernon, New York, S. Ross Browne is a professional studio artist with more than twenty-four years of experience.  Browne studied Communication Art and Design at Virginia Commonwealth University in Richmond, Virginia.  Prior to that, he studied at the Miller School of Albemarle in Charlottesville, Virginia.  He also studied Photography at the Corcoran School of the Arts in Washington, D.C.

When asked what inspired him to take up an interest in art, S. Ross Browne said art was a natural interest for him.  He explained that from as early as toddler and preschool ages, observations were made in his life for art.  By the time he was in Kindergarten, his observers saw that he was very good at what he was doing.  “I remember mimicking famous artists such as Peter Maxwell from the 1970s and Pablo Picasso.”  Ross said friends and family members would give him art accessories to encourage him in his passionate interest.

In 1957, Frank Lloyd Wright wrote, “Art is the discovery and development of elementary principles of nature into beautiful forms, suitable for human use.”  S. Ross Browne discovered and developed those principles when he was too innocent to realize his own artistic abilities.  His first art showing was in the park when he was only 9 years old.  At the age of 15, Ross landed his first professional gig, when he was assigned to design a graphic advertisement for a beer company.  During his university years, Browne did flyers and other print designs.

Browne is not just an artist; he is a creator, an originator, and a master of his field.  He has exhibited both domestically and internationally in more than seventy galleries and museums, including the permanent collection in the Virginia Museum of Fine Arts.  Ross has also been featured on MSNBC and CBS, in the Huffington Post, the Washington Post, Ebony Magazine and many other media outlets.  His illustrations have appeared on book covers published by St. Martin’s Press, Enfiniti Publishing and the Directory of Illustration.

Although Ross maintains an engaging work schedule, he still found time to teach at the Smithsonian Institute in Washington, D.C. for their Resident Associate Program.  He also taught art and design for inner city and at-risk youth both in New York City and Richmond, Virginia.  Ross was an Art Specialist for the Virginia Commonwealth University Health System, while he practiced Art Therapy.  He taught art to patients, with an emphasis on pediatric hematology and oncology, infectious disease, brain injury and elder care. Ross also taught art to several support groups, such as Living Well for pediatric cancer support and the Richmond Brain Tumor Support Group.  His most recent adjudication was for the Alliance for Young Artists & Writers: Scholastic Art Awards.  Ross is the recipient of numerous awards and honors.

Global Woman Newsletter asked Browne what specific visions give him ideas to interpret in his work.  “It depends on what I am trying to communicate at the time.  It could be love, violence, history, what I see in the news, reading a book, landscape, or just seeing someone walk by.  It is that vision I am conceptualizing at the time.”  He has been quoted as stating, “I am compelled to create images that explore compositions of the human form and the juxtaposition of perceptions and misconceptions associated with sensitive socio-political dynamics past and present.”  He explained why he focuses on images of women in much of his work.  “Historically, women have not been given their true credit that is due them.  I was raised by women – my mother, grandmother and aunt.”  He continued, “Maybe it is the attraction to feminine beauty and the admiration I have for them.  They are matriarchs in history and social justice.”

Ross admits that his work does exhibit his love for humanity, especially for women.  He said that art is a tool for communications.  He considers himself a lover for women, humanity, most especially women of color.  His statement about women was his segue to the discussion of female genital mutilation.  He moved the conversation to his perception of FGM.  “I think it is global proof of male insecurities.  They use women as objects in their own evidence of weakness.”  He continued, “It is barbaric, cruel, and designed to take options from women.  And to have women participate in the practice by doing it to girls is shameful.”  Would FGM inspire him to design a painting?  “I have not tried yet but it depends on what I decide to communicate to canvas.  It will take some time, inspiration and research.  I want to make sure that the viewers of my paintings get the answer to the question that is in their minds.”  When one views Browne’s art work, his characters in the paintings tend to communicate with the viewer.  They jump out and speak loudly to the message he intends to convey.

Browne knows that mostly women are involved in the advocacy against FGM but he feels that more men should be involved than currently are.  He calls on men to get involved and offer their expertise in whatever way they can.  Asked if he foresees a world free of FGM, and without hesitation, he said yes he foresees a world without the practice of FGM.  “There are a lot of practices that have become archaic, but as long as men see women in the light they see them, there will always be a practice to keep them controlled.  If it is not FGM, it will be something else.”

Quoting Ross about his work, “As the paintings evolve in iteration, I find my impetus is to produce works that challenge the struggles of identity, power and self-actualization unique to the experiences of the people of the diaspora and women in particular, in America and on a global stage.”

He was asked if he is living his ultimate dream.  “Yes I am, but I have bigger dreams still to come out of my creativity.  I feel blessed from studio to studio.  Some people go and get jobs to receive income on which to live, later in life, they regret that they chose not to follow their dreams.  I teach my students to follow their dreams.”