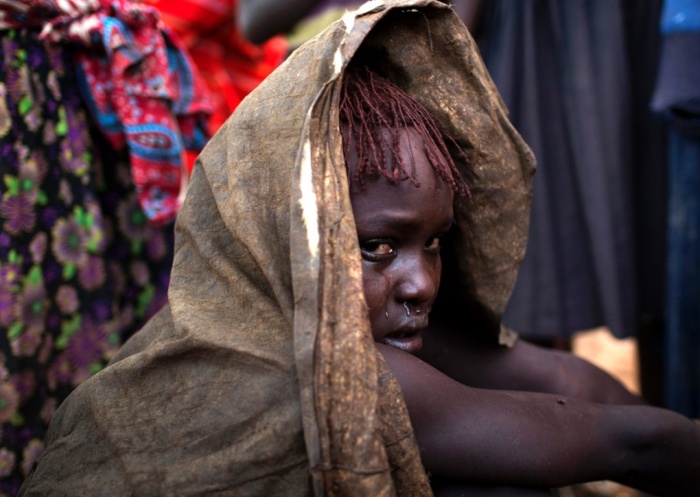 In 2016, the head of the United Nations Population Fund (UNPF) at the time, Dr. Babatunde Osotimehin declared for the first time that female genital mutilation (FGM) is “child abuse”.

There are several definitions of child abuse, depending on which organization or government agency defines it.  Just in the United States alone, more than three million child abuse cases are reported every year.

One organization defines child abuse as when a parent or caregiver, whether through action or failing to act, causes injury, death, emotional harm or risk of serious harm to a child.  Wikipedia describes child abuse to be physical, sexual, or psychological mistreatment or neglect of a child, especially by a parent, guardian or another caregiver. It might include any act or failure to act by a parent or other caregiver that might result in actual or potential harm to a child, and can occur in a child’s home, or in an organization, a school or the community with which the child interacts.  The U.S. Department of Health and Human Services says that child abuse is any act or failure to act on, which results in a child’s serious physical or emotional harm, sexual abuse, exploitation or death. The Health Department further states that it is also an act or failure to act that presents a risk of serious harm to a child.

Who are actually child abusers?  According to reports, child abuse is most commonly perpetrated by someone the child knows.  The abuser could be a parent, guardian, caregiver, relative, family friend, teacher, coach or any adult in authority over the child.  There are other types of child abusers, and those are strangers to the child, peers and older children.

When cases of child abuse arise, the public generally expect bruises and broken bones.  However all child abuses do not entail visible and obvious scars.  The types of abuses that are not visible, sometimes leave the most lasting and emotional scars.  The general public in the U.S. needs to be educated on every form of child abuse, as well as the common signs.  If people know what to look for or how to detect certain forms of child abuse, they will be able to intervene and possibly help save a child’s life.

It is easy to recognize the visible scars of child abuse, even when the scars are on the child’s arms or legs, which cannot be seen if he/she is wearing long sleeves and long pants.  However there is the abuse of a child, which scars are not visible; the scars are on a part of the body that is not visibly accessible unless a pediatrician performs a gynecological examination.  Female genital mutilation is a serious physical and emotional form of child abuse. Several people in the U.S. wonder why there have not been more reported cases of FGM.  Most unreported cases go unnoticed due to lack of information and ignorance.  The public cannot report FGM cases, even if it is right before them, unless they know what the signs look like.

The Commonwealth of Virginia describes FGM as both child abuse and malicious wounding.  FGM survivor, Leyla Hussein once stated, “If I placed a child on the table and touched his/her genitals, I would be arrested for child abuse.”  She continued, “So why those who hold a girl down and forcibly cut off her genitals are not arrested for child abuse?  Instead, it is passed off as cultural tradition.”  Hussein does have a strong argument there.

According to HelpGuide, there are some myths about child abuse.  There is a myth that child abuse does not happen in so-called good families.  However child abuse does not only happen in poor families or so-called bad neighborhoods.  It crosses all racial economic and cultural lines.  Sometimes, families who seem to have it all from the outside are hiding a different story behind closed doors.  Another myth is that only “bad” people abuse their children.  The fact remains, not all abusers are intentionally harming their children.  In the case of FGM, parents believe that it is an act of love.  Mothers love their daughters, yet they help hold them down during the act of FGM.

Some people are of the opinion that most child abusers are strangers to the child.  Actually, while abuse by strangers does indeed happen, most abusers are family members or others close to the family.  In the case of FGM, it is the parents or close family members who give permission to have it done to the child.  Another myth is that abused children always grow up to be abusers themselves.  It is true that abused children are more likely to repeat the cycle as adults, unconsciously repeating what they experienced as children.  On the other hand, many FGM adult survivors protect their daughters from FGM and do not want their girls to be subjected to that.  Whatever the type of abuse, the scars are always lasting.  HelpGuide reports, some of those scars might be physical but emotional scarring has long lasting effects throughout life.  It damages a child’s sense of self, future relationships, and the ability to function at home and at school.

Some lasting effects include: Lack of trust in relationships, lack of self-worth and irregular emotions.  If a child is unable to trust her parents, who will she trust?  It is difficult to learn to trust people or know who is trustworthy. This results in difficulty maintaining relationships in adulthood.  Abused children find it difficult to express their emotions safely. As a result, their emotions get pushed within, coming out in unexpected ways. In most cases, adult survivors of child abuse struggle with unexplained anxiety, depression, or anger. They might turn to other means to numb the painful feelings they suffer, such as promiscuity or alcohol.  One FGM survivor stated how she takes FGM to bed with her each night.

Some of the signals of child abuse are:  If the child shies away from a simple touch, flinches at sudden movements, or seems nervous to go home; if she is withdrawn, fearful, or anxious about doing something wrong; if there are frequent absences from school; if she has trouble walking or sitting; if she does not want to change her clothes in front of other students or participate in physical activities.  When such behavior is detected in a child, it is imperative for authorities to investigate.  There might be a reasonable explanation why the child exhibits such behavior.  However it is better to investigate and have the wrong intuition, than to ignore the signals and have the abuse continue.