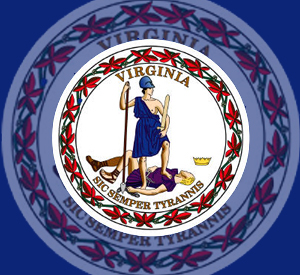 If you were not aware, the Commonwealth of Virginia took a long stride with the criminalization of female genital mutilation on July 1, 2018.  The Virginia law against female genital mutilation (FGM) was enacted on July 1, 2017 only as a misdemeanor.  In January of 2017, Virginia Senator Richard H. Black authored and introduced a Bill to the Virginia Senate to criminalize female genital mutilation in the state.  That February, the Virginia General Assembly voted unanimously to criminalize the practice of FGM in the Commonwealth of Virginia.  At that time, Senator Black told Global Woman Newsletter, “I knew nothing of female genital mutilation until reading of it recently.  I studied a few articles on it and was astounded at the brutality practiced on little girls from the Middle East, Africa and parts of Asia.  It was stunning that these cruel, primitive practices were becoming entrenched in American communities.”  Although some advocates and activists balked at the “slap on the wrist” penalty, Global Woman P.E.A.C.E. Foundation (GWPF) was pleased that the Commonwealth had imposed a law, regardless.  GWPF was not so alarmed that the law was only a misdemeanor; Virginia Senator Richard H. Black had given his word to GWPF that he would do everything in his power to have the law amended in 2018.

Female genital mutilation is the intentional removal of either all or part of the external female genitalia for non-medical reasons.  External genitals include the clitoris, labia, pubis, urethral and vaginal openings.

Senator Black kept his promise; he invited GWPF in December of 2017 to work with his office on the amendment of the original Bill.  GWPF wanted a clause to be included in the amendment to have the medical license of any physician, nurse, midwife, etc. revoked.  However due to budget constraints the organization did not get its wish with that.  In January of 2018 GWPF accompanied Senator Black to Richmond, Virginia to testify before the Virginia Senate Committee in favor of the original Bill being amended.  It was a victorious trip for them as they watched the Bill pass by unanimous votes that day.  But it was not over; GWPF was called to return to Richmond for a second time to testify before the Senate Budget Committee.  That experience was not as simple as the first testimony.  The Bill came close to suffering an unexpected death on the Senate floor.  Senator Black was persistent, and two senators from both sides of the aisle threw their support behind him and moved to pass the Bill.  “This practice has no place in our society,” said one of the senators.  There again, the Bill was narrowly passed.

The following are excerpt clauses from the amended Bill:

For the full Senate Bill 47 you may visit the Virginia Legislative System (LIS) at http://lis.virginia.gov/191/com/COM.HTM.

The penalty for the class 2 felony is up to twenty years to life and up to $100,000 in fines.  “The most important reason for insisting on the stringent penalties is the absolute need for a strong deterrent,” said GWPF’s Executive Director, Angela Peabody.  “We must send a message that FGM is an odious act on little girls, and we will not condone it regardless of cultural traditions.”

Most of the state and federal laws against FGM in the United States were put forth between 1996 and 1999.  In the past eighteen years, progress has been made in the U.S. but one of the problems has been the lack of knowledge.  The laws can only be effective if the general public, including law enforcement is fully knowledgeable on the practice of FGM.  The Federal Law in the United States says that “whoever knowingly circumcises, excises, or infibulates the whole or any part of the labia majora or the labia minora or the clitoris of a girl who has not attained the age of 18 years shall be fined under the law or imprisoned for at least five years or both.”

The U.S. Government opposes FGM, no matter the type, degree, or severity, and no matter what the motivation for performing it. The U.S. Government understands that FGM may be carried out in accordance with traditional beliefs and as part of adulthood initiation rites. Nevertheless, the U.S. Government considers FGM to be a serious human rights abuse, and a form of gender-based violence and child abuse.

Global Woman P.E.A.C.E Foundation congratulates Senator Black, the Virginia General Assembly and the Governor for passing the amendment to the law to not only criminalize the practice of FGM in the Commonwealth but to increase the penalty from a class 1 misdemeanor to a class 2 felony.