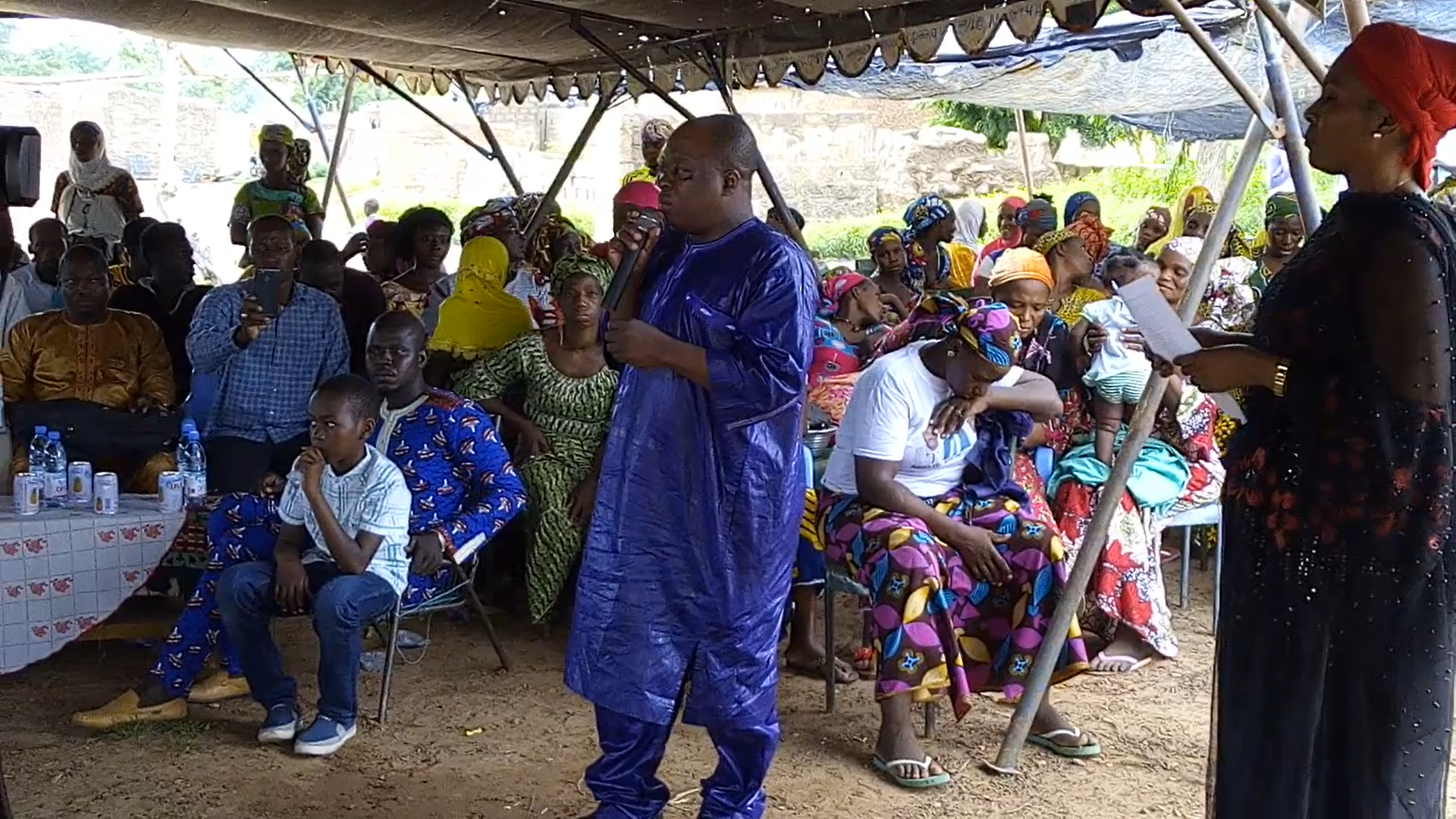 The Republic of Mali, a landlocked country in West Africa is the eighth-largest in Africa, with an area of just over 1,240,000 square kilometers. Twice the size of Texas, the 2nd largest American state, Mali is also the largest country in West Africa.  It is bordered by Algeria to the northeast, Niger to the east, Burkina Faso and Côte d’Ivoire to the south, Guinea to the southwest, and Senegal and Mauritania to the west.  With a population of 18 million in the country, its capital is Bamako.

The country’s economy centers on agriculture and mining. Some of Mali’s prominent natural resources include gold and salt.  Mali is also famous for its exquisite mud mosques and buildings.  The religious make-up of Mali is estimated at 98% Islam, 2% Christian, and 100% Animism.  Something that many do not know is that Mali was the cradle of the first Black Empire, the Ghanaian Empire.  People in the western world tend to use the expression, “Timbuktu” when they want to make reference to a very distant place.  Well, Timbuktu is realistically a famous city in the Republic of Mali.

However, with all the beauty and size of which Mali can boast, there is a familiar practice that exists in that Republic, which plagues girls and women.  It is the practice of female genital mutilation (FGM), more commonly known as female circumcision in that part of the world.  To date, Mali, Sierra Leone and Liberia are the only 3 countries in Africa without laws against the practice of FGM.  But the story you are about to read is about a small town and commune in the Koulikoro Region of southern Mali.  It is the town of N’Golobougou, with a population of less than 15,000.  Let’s hope that this story will help to inspire other villages and towns in practicing countries to stop their own practice of FGM.  The following story was originally published in Healthy Tomorrow, and with the permission of the author, Global Woman Newsletter is pleased to share it with our readers.

The day we’ve been waiting for in Mali finally arrived on Saturday, September 22, 2018, when N’Golobougou, a village outside of Bamako, Mali (in Kalaban Coro, region of Kati) celebrated their collective decision to stop doing female genital mutilation (FGM) on their girls.  The Declaration of N’Golobougou, which was read by the representative of the Village Chief, includes a fine of about $50 for anyone who dares have a girl cut, which is a considerable sum of money in Mali.  From our experience in other villages that have done this, we don’t expect that to happen.

The exciser of the village has abandoned the practice and attended the ceremony, but did not speak.  Many villagers attended the ceremony, which included speeches, a feast and dancing.  It was covered by the national TV station, ORTM that aired the report on the news twice, so way over 4 million people saw it.

Speakers included the village chief’s representative (since the chief is very old), the mayor of Kalaban Coro, a representative of the administrator of the prefecture (préfet) of Koulikoro, someone from the National Program to Fight FGM (PNLE), the head of youth who is also the Imam of the village, the president of the women of N’Golobougou, the president of Sini Sanuman, Siaka Traoré, Kaniba Baguiya who was the main activist who convinced the village to stop and Assetou Touré, of Sini Sanuman, who also acted as the Master of Ceremony.

That day was the result of months of intensive work in N’Golobougou, where the problems with female genital mutilation were discussed and the village finally reached a consensus that they wanted to stop doing it.

N’Golobougou is Sini Sanuman’s 13th village to have publicly sworn off FGM.  Across the country of Mali, over 1,000 villages have done the same.  We hope that these villages are setting a good example for the National Assembly and that they will soon find the courage to enact a law against FGM and other forms of violence against women.

On October 9, at 7pm, there will be a gathering of friends of the organization, “Healthy Tomorrow”.  Tobe Levin (2017 Global Woman Awardee), who actively involved in the fight against FGM in Europe will be delivering a presentation.  Tobe leads the group, FORWARD-Germany and has spent a lot of time in the U.K. recently.  She also publishes books about FGM with her “UnCut Voices Press”.  Tobe is expected to share how the movement in Europe is going, and will share 3 short videos that have been produced to spread the word against FGM.  At this same gathering, Susan McLucas (2018 Global Woman Award Nominee), the author of the preceding story will also share news of their recent activities in Mali, including a brochure which Healthy Tomorrow has created to help girls and women avoid being excised in the Commonwealth of Massachusetts.