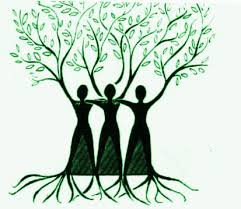 16 Days of Activism Against Gender-Based Violence (GBV) has created a new impact around the world among advocates and activists that oppose violence against women, girls and people.  This is an annual observance which begins on November 25th and ends on December 10th each year.  The observance usually ends with International Human Rights Day.

According to the United Nations Population Fund (UNFPA), it has been widely acknowledged that most people affected by gender-based violence are women and girls, as a result of unequal distribution of power in society between women and men. UNFPA further states that women and girls victims of violence suffer specific consequences as a result of gender discrimination.

In many societies, parents do not invest in education for their girls; instead they send the boys to school for a higher education.  While in other societies, prospective fathers are displeased to discover that they are expecting a girl child as opposed to a boy child.  Archaic as it seems, such decisions continue to exist in parts of Asia, Africa and the Middle East.

Gender-based violence is a broad term and covers many issues due to gender discrimination.  GBV encompasses domestic violence; child marriage; female genital mutilation/cutting; rape; child abuse; sexual harassment; sexual assault; reproductive coercion; dowry violence; obstetric violence; honor killings; incest; education oppression; pedophilia, and several other issues.  These issues plague societies of the world but in many cases, they are swept under the carpet, never to be mentioned again.  The suppression of GBV issues has been successful due to the silence initiated at the time such crimes are committed.

The question remains, how can the world arrest gender-based violence?  While certain GBV issues are being addressed in some societies, others remain either entirely unknown or minutely known.  Domestic violence remains a serious crime and a GBV issue in both the western world and developing countries.  Intimidation is a key factor in cases of domestic violence. In most cases, the person experiencing domestic violence conditions herself or himself to keep quiet and never disclose.  In fact, most of GBV issues are controlled by intimidation or secrecy.  As long as the violators are protected by the silence of their victims, they will feel comfortable to continue the violence.

The best way to end GBV is to prevent it from happening, by addressing the root of it.  Preventing GBV must begin at an early age for both boys and girls.  It should be instilled in the children that violence is not the answer to solving problems.  The children should be groomed for relationships with respect.  They are the future men and women of the world; if they learn at an early age, they will not resort to violence, be it at home, in the work place, in politics or on the streets.

There cannot be too much awareness-raising in communities.  Utilizing social media is an effective mean to educating communities about the dangers and existence of gender based violence, most especially violence against women and girls.  If you want to help end GBV, share this article with your friends, family and co-workers.