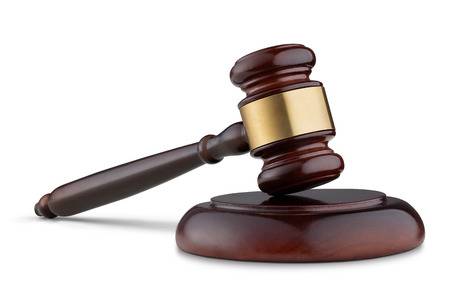 Female genital mutilation (FGM) continues to become the subject of conversation regarding types of gender based violence and women’s and girls’ health in the U.S. and the rest of the world.  The common knowledge around the U.S. and other parts of the world is that FGM violates the human rights of girls and women.  However, the complex issue of the prevention of FGM remains a question.  Most of the original laws against FGM in the United States were put forth between 1996 and 1999.  In the past seventeen years, progress has been made in the U.S. but one of the problems has been lack of knowledge.  The laws can only be effective if the general public, including law enforcement is fully knowledgeable on the practice of FGM.  It is incumbent of activists, advocates and anti-FGM organizations to help educate the general public in the world and the U.S. on the laws and practices of FGM.  In recent years, more U.S. states have passed laws against the practice, with much harsher penalties.  Just in this year, the number of states with anti-FGM laws jumped from 27 to 32, when Idaho, Ohio, Utah, Arkansas, and Iowa joined the other 27 U.S. states.

The first country to ban FGM on the Continent of Africa was Egypt in 2007, after the death of a 12-year old girl as the result of FGM.  It set precedence and gave courage to other African countries to take a major step toward ceasing the age old cultural practice.  However since 2007, there have been more casualties in Egypt resulting from FGM.  In 2016, a 14-year old girl in Egypt met her death as a result of FGM.  According to “28 Too Many”, FGM prevalence in Egypt is 87.2% among all women, aged 15–49 in a population of nearly 95 Million.  This international organization reports that Egypt has the greatest number of women and girls who have experienced FGM than any country in the world.  While the Egyptian Constitution does not explicitly mention FGM, it has several provisions that are relevant to protecting women and girls from that practice.  With a protective law in place, why are girls still being expected to undergo FGM in Egypt, whether in a clinical environment or not?

Since 1998, Senegal banned the practice of FGM, when the President at the time moved to eradicate the practice of it.  Inter-African Committee on Traditional Practices Affecting the Health of Women and Children (IAC) worked to provide information at the grass roots level about the harmful health effects of the practice in that country. Panel discussions and seminars were held, and in 1997, seminars were held with excisors in Tamba, Kolda and Dakar.  Prior to that in 1991, an organization called Tostan launched an informal educational program in more than 450 Senegalese villages, and the distribution of information involving the harmful effects of the practice was implemented.  However the practice of FGM continues in Senegal; although there has been a reduction in the practice, Senegal cannot claim the total eradication of FGM.

The Guinean Government has had legislation prohibiting FGM since 1965.  The Constitution of Guinea does not really make reference to violence against women and girls, other harmful practices, or FGM, but it does state that the government is expected to respect and protect all human beings.  It also states ‘no one shall be subjected to torture, to pain or to cruel and inhuman or degrading treatments.’ Their Constitution also asserts that both men and women have equal rights, and therefore should promote the well-being of their citizens, while protecting and defending the rights of human beings.  It is the assumption that those laws include FGM, since it is a violent act performed on little girls.  Why is it then that girls continue to fall prey to the blade of excisors in Guinea?  There again, Inter-African Committee has been actively involved in curbing the practice in that country, yet they still find a great deal of work to be done against FGM in that country.

There is currently no legislation in Sierra Leone that expressly criminalizes and punishes the practice of FGM.  The Constitution of Sierra Leone limits its commitment to equality and protection of human dignity.  Nowhere in their Constitution do they specifically address violence against women and girls, or harmful practices, and most definitely, not FGM. In one of their articles, they mention that nobody should be subjected to any form of torture or any punishment or other treatment which is inhuman or degrading.  There is wonder whether or not the writers and signers of that Constitution considered female circumcision as torture, inhumane, or degrading.  Less than four months ago, the First Lady of Sierra Leone spoke favorably of FGM in a television interview, which went viral, enraging anti-FGM advocates and activists around the world.  In the interview, she revealed that her mother, grandmother and she had all been subjected to FGM.  She however defended the practice, justifying that it is her culture.  It is no wonder why that country, like its neighbor, Liberia remains stubborn about banning the practice of FGM run by the Bondo and Sande secret societies.  Liberia seems to have no intention of ever banning the practice of FGM.

According to the U.S. Center for Reproductive Rights, the U.S. Congress passed several legislative measures relating to FGM in 1996.  The practice of FGM on a minor is defined as a federal criminal offense, unless necessary to protect a young girl’s health.  The Immigration and Naturalization Service (INS) was directed to provide information to all aliens issued U.S. visas on the health and psychological effects of FGM, as well as on the legal consequences of FGM under criminal or child-protection statutes.  More than a year ago, Federal U.S. Law Enforcement began passing out literature at departure gates of international flights, warning passengers of the FGM Vacation Cutting law.

The Federal Law in the United States says that “whoever knowingly circumcises, excises, or infibulates the whole or any part of the labia majora or the labia minora of the clitoris of a girl who has not attained the age of 18 years shall be fined under the law or imprisoned for at least five years or both.”

The U.S. Government opposes FGM, no matter the type, degree, or severity, and no matter what the motivation for performing it. The U.S. Government understands that FGM may be carried out in accordance with traditional beliefs and as part of adulthood initiation rites. Nevertheless, the U.S. Government considers FGM to be a serious human rights abuse, and a form of gender-based violence and child abuse.  Yet it was only a few months ago when a judge in the Michigan FGM case ruled it unconstitutional for U.S. Congress to have passed and enforced the FGM law.  As a result, the defendants walked free out of court due to that judge’s decision.

With the recent change in signing minimum sentences into law in the Commonwealth of Virginia, FGM advocates and activists must be thankful that the law criminalizing FGM in the Commonwealth was signed in 2017, and amended for a stronger sentence in 2018.  On May 1, 2019, Virginia Governor, Ralph Northam wrote an opinion editorial (Op-Ed) in the Washington Post in which he announced, “I won’t sign another mandatory minimum sentence bill into law.”  He also said, “While violence is unacceptable, these crimes that can be addressed by a judge with full knowledge of the facts and circumstances of each particular case.”  When it comes to FGM sentencing, judges themselves need to have full knowledge of FGM.  How can they judge fairly without proper knowledge of the practice?

In closing, it is encouraging that continued work is being done in countries around the world to help end the practice.  Several survivors of FGM return to their countries of origin from either Europe or the United States to advocate against the practice.  F.A. Cole returns to Sierra Leone each year to host a workshop, and distribute sanitary and school items to girls.  Marie-Claire Moraldo makes a trip every year to her native Cote d’Ivoire (Ivory Coast) and Senegal to advocate and teach about the dangers of the practice.  Jaha Dukureh continues to do collective work in both the U.S. and her native Gambia.  She hosts conferences and holds talks with Parliamentarians in that country.  Mariya Taher diligently works here in the U.S. to get a law passed in Massachusetts, and returns to her native India, to make the public aware of the consequences of FGM.  Severina Lemachokoti occasionally returns to Kenya to raise awareness through presentations and speaking engagements.  Leyla Hussein, Waris Dirie, and Hibo Wardere have all returned to their country of origin (Somalia) to work and advocate against the practice of FGM.  Maryum Saifee works wholeheartedly in the U.S., Pakistan and other parts of the world toward ending this practice.  So there is still hope for the girls in those practicing countries.  If the governments of those countries will not take the responsibility of educating their communities and protecting girls, the survivors and advocates will continue the efforts toward ending this practice.

One Reply to “How Effective are FGM Laws in Certain Countries?”