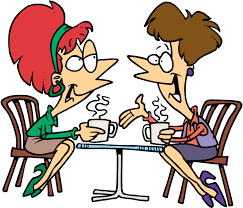 Since GWPF began its crusade against FGM in 2005, FGM has come a long way.  Only 1 out of every 10 people in the U.S. who GWPF had asked about FGM in 2005 knew what it was or had heard of it.  Nine years later in 2014, 8 out of every 10 people they asked either knew what FGM was or they had heard of it.  Now 5 years later in 2019, GWPF’s findings in 2014 have not had a drastic change, but there has been a slight improvement.  Although a substancial number of Americans are now aware of the atrocious practice, FGM continues to be the least familiar form of gender based violence here in the United States.

Raising awareness to the public has played a key role in the improvement of Americans learning about FGM.  In 2014, GWPF held the first Walk To End FGM in the United States, which purpose was to raise awareness and educate the American public about the practice of FGM.  Since the 2014 Walk To End FGM, this event has sparked both national and international attention.  In the same year, Jaha Dukureh presented the result of her petition to protect girls from FGM to the U.S. Congress.  Her petition had resulted in more than 220,000 signatures from around the world.  This helped play a role in the amendment of the U.S. Federal Law to include Vacation Cutting.

In the past, it was common to hear an American remark, “Why should anyone here in the States care about FGM?”  Some felt that it was an “African Problem”; therefore Americans should not be concerned about the practice of FGM.  GWPF started holding FGM Socials on a local university campus to engage students and faculty in the campaign to raise FGM awareness.  In addition, GWPF began to visit local churches and give presentations on FGM to women’s groups and circles.  The interests of local Rotary Clubs and other professional women’s clubs, such as the Northern Virginia Business and Professional Women’s Club, and the Alpha Kappa Alpha Sorority were piqued; and GWPF was invited to give presentations to those groups on the practice of FGM.  Then the tune slowly changed, after Social Media drew the world closer together, and FGM survivors began to speak out and share their stories via the internet.  Survivor F.A. Cole glamorized genital restorative surgery on Social Media, prompting other survivors around the world to seek surgery and help.

In 2015, organizations from around the country convened in a meeting in Washington, D.C. to discuss next steps for combating the practice of FGM.  The meeting was held in the offices of the Wallace Global Fund in Washington, D.C.  It was during that meeting that the group of organizations voted to form the US End FGM/C Network.  That meeting was a follow up to a meeting held at the Department of Health and Human Services on October 2, 2014, which had been a listening session by government agencies, where a special committee had heard suggestions from various organizations in the U.S.  That same year at the 2015 Walk To End FGM, pop songstress and Juilliard trained multi-instrumentalist, Kristin Hoffmann composed and recorded her single, One World, and dedicated it to GWPF.  The lyrics included, “We’re all in this together right now.  When a woman cries out, we all cry out; when a mother cries out, we all cry out.  We’re all in this together right now”.

In 2016, GWPF launched a special campaign petition on Change.org to the U.S. Department of Education.  That was a plight to get the U.S. Department of Education to include at least one lesson in its curriculum on FGM in elementary and middle schools.  GWPF has always believed that educating the children from an early age, most especially the popular age range of 7 – 13 about FGM is crucial.  It was their hope that the Education Department would consider including FGM in the curriculum of the schools; however that was not realized by GWPF.

The Department of Education held roundtable discussions in various cities in the United States.  Attending those roundtable discussions were physicians, nurses, teachers, social service personnel, advocates, activists, law enforcement, and attorneys.  The United Nations set a goal to end FGM by 2030, which inspired NGOs to launch campaigns to meet that goal.  The US End FGM/C Network held the first FGM summit in Washington, D.C.  It was attended by advocates and NGOs from around the world.  GWPF started a monthly support group workshop in the Washington, D.C. metro area.   GWPF trained law enforcement and school nurses to FGM.  More advocates and NGOs emerged in the U.S. and other parts of the world.

The fact that 31 out of the 50 states in the U.S. have now criminalized FGM is indeed an improvement.  There are still several states pending a decision on passing laws.  And although GWPF was not successful in getting the U.S. Department of Education to include FGM in the curriculum, it was successful in getting the Commonwealth of Virginia to include it in their curriculum for middle and secondary schools.  The US End FGM/C Network is now a firm and recognized organization worldwide.

Americans are far more aware of FGM in 2019 than they were in the early 2000s.  What does this mean?  It means that FGM has come a long way in the United States, and even though much has been done to raise awareness, advocates still have a great deal of work to do in making the U.S. public more aware of FGM.  Americans must accept the fact that FGM is here in their midst, and it is crucial for them to know everything about it.

113 Replies to “Do Americans Know More About FGM Today”