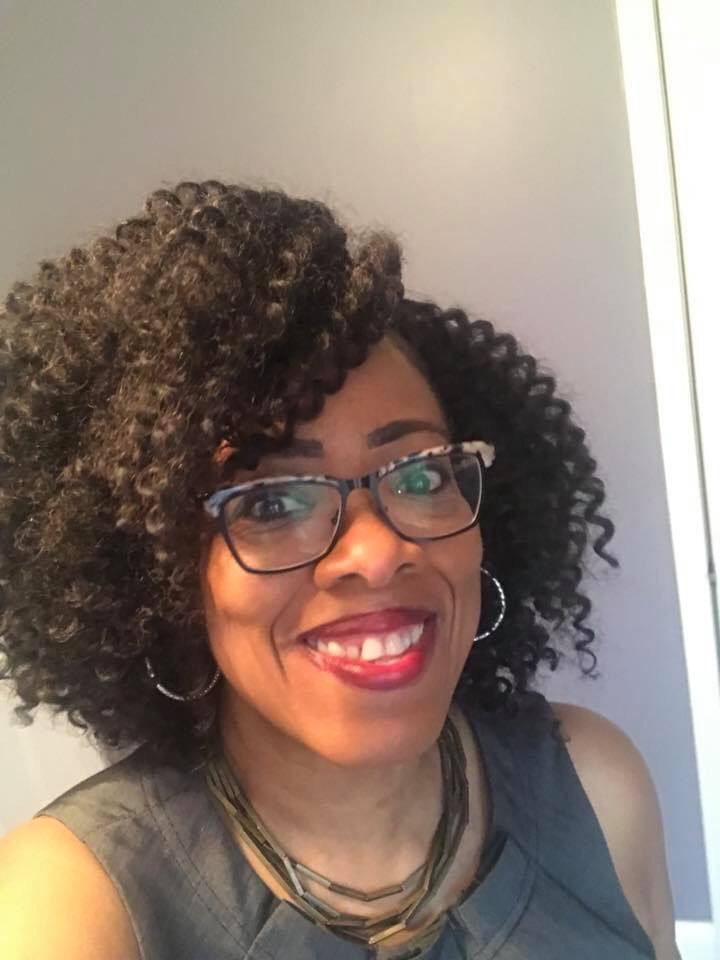 As a young girl, I was quickly budding into a young Miss in Monrovia, Liberia where I lived with my grandparents, aunt, sister, cousins and foster uncles. Except for a few chores and rules I had to do and follow at home, my life was really care-free.

Liberian President, William R. Tolbert was in the Executive Mansion and no one knew at that time that Liberia would go through a civil war that would bring so much destruction and hundreds of thousands of lost lives. It was a time of beautiful days spent at school, at the Relda Cinema, at the home of friends or just playing kickball outside my home at 96 Clay Street in Monrovia, the capital city.

Our chauffeur, “John-John” usually picked me up from school each weekday about 2:45 pm in the Land-Rover owned by my Aunt Theo.  However, on the days the driver was busy with other chores, I was instructed by my grandmother to walk from school with my cousin Adelaide Anderson’s home, who lived close to half way between our school and my home, and then walk the rest of the way home by myself once Adelaide was home. Of course this was an opportunity to hang out after school with Adelaide and many times, I would actually go home with her and have an early supper before I began my trek home.

On one of those days that I had to walk home, I walked past a shack on my usual route home and I saw a girl my age looking outside the window of the shack, and she waved at me.  I waved back.  This happened a few times and I looked forward to seeing her on those days I walked home; and from the smile on her face I think she, too, looked forward to our few seconds of cordiality.  After several times the girl in the window took a leap of faith and came outside of her home one day to greet me and asked, “What’s your name?” I answered and she said her name was Fanta. I wondered who would name their child after a soda pop, but I quickly convinced myself that she was a pretty girl and so her name shouldn’t matter.  Besides, it seemed I had just made a new friend.  But I did not know this would be my introduction to how others lived in Liberia, but outside my sheltered life.

I no longer wanted to spend too much time at Adelaide’s home on my way from school after officially meeting Fanta. I would make excuses to leave so that I used up most of my time stopping by Fanta’s house.  One day Fanta invited me into her home and introduced me to her mother.  Her mother offered me food but I politely declined and said I was not hungry. The aroma from the outdoor kitchen made my mouth water, but I knew better than to eat from strangers.

Fanta was a very nice girl and quickly became my friend. On my way to school one morning I packed some of my paper dolls with their paper clothes and play jewelry in my book bag so that I could share with Fanta after school. She didn’t have real toys and in fact she and her family didn’t have much of anything. She did not have a bed; she slept on a mattress on the floor with a younger girl.  I saw Fanta at least twice a week because even when the chauffer would pick me up from school, I would pay him fifty cents to drop me off at Fanta’s house and wait for me for an hour. Fanta would tell me about her life and her family and I, likewise, would tell her about my life.

Before long, I stopped by one afternoon and Fanta was nowhere to be found. No one could tell me where she was.  I stopped by several days in a row, and I thought she was dead and her family was intentionally not telling me.  I later learned that she was taken to the Sande Society, Grebo Bush.  Of course thoughts were spinning in my head as I had no clue of such a thing in my short life.  So I wanted to know why was she taken to the Sande Society and in fact what was the Sande Society?  I had heard adults talk about it in passing but it wasn’t something I lingered around to listen to. I didn’t know how long it would take, but I knew I would find out more about this Grebo Bush thing.

Fanta was gone for a while and when I found out she was back, I went to visit. She looked sad and I asked her what was bothering her, and she told me her father had promised her to a man at her birth.  I didn’t understand so I pushed her to explain, and she said before she was born a man and her father had a business arrangement that didn’t go well for her father and he owed his business partner a huge sum of money; money he did not have to pay back.  Her father then promised to pay his business partner by giving him his first born daughter and he would forget the money owed. When Fanta was born, her father’s business partner visited the home to see the baby girl and the arrangement was made that at a certain age Fanta would be given to the business partner as his wife. I believe this was called arranged marriage in Liberia.

She went on to explain that the day was fast approaching for her wedding and she wanted to run away. Wait a minute! She was only 13 so why would her parents allow her to get married? She told me the man was very old and she was afraid of him.  In my little way I tried to comfort my friend by telling her I would hide her at my house so she wouldn’t have to marry that old goat.  It was then I noticed tears in her eyes and she told me this horrible thing was done to her private part.  It was the most horrendous thing I had ever heard and we both cried.  I had several questions but I didn’t want to cause her any more grief.  Then she said, in a few days she would be getting married and going to live with this 45-year old man.  I didn’t know what was worse, what had been done to her vagina, or going to play wife to an old man for the rest of her life.

I went home and asked my grandmother.  She didn’t know where the Sande Society was located.  I also asked other women.  My grandmother spoke in short sentences saying, “It’s a place where they take girls to teach them to become women.  They are taught to cook and clean a house.”  I asked her if I would be going and she told me I would not be going because I was not a “tribal” girl.  I asked others about the Sande Society and I was told the girls also go through certain rituals and that they go through pain when they are cut.  They did not go into further details but did say, this was something done for the pleasure of men, without any regard for the feelings of women.

During my last visit with Fanta, I began plotting how I would hide my friend at my house because I couldn’t imagine anyone going through such an ordeal and have some dirty old man hurting her even more.  But my plans didn’t materialize.  Fanta told me there was nothing I could do about it.  She would be a married woman by the next day.

I begged our driver to take me to Fanta’s husband’s house on the night of the wedding where there was a crowd of family members, including her in-laws.  From what I gathered, Fanta had been married and she and her husband were in the bedroom while family members waited outside to ascertain whether she was a virgin or not. I asked one of her cousins what that meant; and she said the husband had to come out and show the white, and bloodied, bed sheet to the family as evidence the bride was indeed a virgin. I wondered what type of people would do this to their own daughter, but there was merrymaking among the family members and afterwards, Fanta came out in a long white African gown and greeted some of her relatives as if this was normal.  She saw me, made a smirk on her face but said nothing and I could not interpret the look on her face.

I left to go home and never saw my friend Fanta again. My grandmother said “Birds of a feather flock together” and she prevented me from ever going to visit again.  I have not seen Fanta since; however, in the early 1980’s I learned she had a son with her husband and later found freedom from her life in Liberia when she traveled to the United States.  A few years later I found out Fanta was killed by her American boyfriend in a jealous rage.

May her soul continue to Rest in Perpetual Peace!

Vickie Ward is the daughter of Liberia’s first Chemist, Victor E. Ward and Janie Zipporah Fleming Ward.  After high school she enrolled at the University of Liberia, where her father was Chairman of the Chemistry Department. After a year, at the University, Vickie traveled to the U.S. to pursue her education.  She is a graduate of the College of New Rochelle with a B.A. in Counseling Psychology and a graduate of Columbia University with a M.A. in Organizational Psychology with a concentration in Organizational Development.  Vickie has spent several years in the Fund Development field at major local, national and international non-profits.  She is a seasoned fundraiser and has raised funds in the millions of dollars for many organizations including the Juvenile Diabetes Research Foundation International, Legal Aid Society of New York, VISIONS Services for the Blind, The Valerie Fund, and Fairfax County Office of Partnerships in Virginia.  She also served as an Instructor in Essay Writing and Introduction to Psychology at the Technical Career Institute and College of New Rochelle for ten years.  In the last five years, Ward served at the Embassy of Liberia as Special Assistant to the Ambassador and Diaspora Coordinator.  After losing her father to the Liberian war of 1990, Vickie founded the Victor E. Ward Educational Fund in his memory in 2000. The Ward Fund promotes science education, especially in the field of chemistry at the University of Liberia and to date has provided thousands of dollars in scholarship money to needy students at the University of Liberia.  She also founded the Ward Academy of Science and Technology for Girls and GEMS- Girls Empowered through Mentorships, a Program that links teen and tween girls in Liberia with mentors. The Ward Fund also runs the Victor E. Ward Resource Center at the University of Liberia, which Vickie established in 2010.  This year the Ward Fund will celebrate its nineteenth anniversary.  Vickie resides in the State of New Jersey and is currently the CEO of her own consulting company, Ward International Group, LLC.

2 Replies to “The Story of My Friend, Fanta”