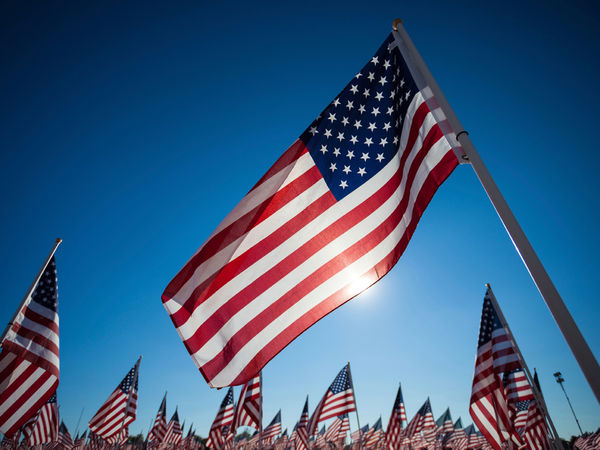 Coping with Life-Changes: A Special Message by A. M. Peabody

Happy belated Fourth!  I hope it was happy for most of us, considering the challenging time in which we find ourselves.  I have been intending to prepare a statement from the time we were restricted back in March, due to COVID-19, but I hesitated.  The COVID-19 pandemic took us by surprise, and left us racing to the stores, emptying the shelves, and not knowing what to do with ourselves, our children, and spouses.  Women worried about not getting their hair and nails done, while men resorted to working out in their homes, in the absence of gym visits.  As the COVID-19 cases spiked, so did cases of Domestic Violence. Couples’ tempers flared, as they got on each other’s nerves. And just as we began to warm up to the idea of those restrictions, an old type of tyrant raised its ugly head – racial tension.

For those of us who have survived civil wars, a bloody coup d’etat, rice riots, Ebola outbreaks, etc. we found it a bit easier to adjust to the restrictions.  During the Liberian 1980 coup d’etat, we were under 24-hour curfew, and later it was downgraded to dusk-to-dawn curfew.  The COVID-19 restrictions took me back to the 1980 military curfews in Liberia.  Of course in 1980, we did not have the luxury of time to run to the stores and empty the shelves.

So I decided to do this piece around Independence Day.  The one commonality which all immigrants to America share is that either they or their ancestors all came from another country, in search of a dream; and that includes the very first settlers to the U.S.  The Pilgrims arrived in the United States in the early 1600s, in search of religious freedom, while other arrivals sought economic opportunity.  Whether you came to the U.S. through Ellis Island, J.F. Kennedy Airport, Miami International Airport, Dulles International Airport, Los Angeles International Airport, swam or walked across the border, you or your ancestors came due to a reason and with a purpose.  There are the Native American Indians who were here prior to the Settlers.  Let’s not forget that the slaves came unwillingly, not in search of anything at all.  I am among the first generation to immigrate to the U.S. in my family.  We came 40 years ago, in search of safety after we had survived one of Africa’s bloodiest military overthrows of government, a coup d’etat.  Whether you are a descendent of the early settlers, a descendent of the unwilling slaves, or a more recent settler, we are all here in this vast country that promises freedom, liberty and an American dream.  We are all Americans.

Two Hundred and Forty-Four (244) years ago on July 4th, thirteen colonies (Delaware, Pennsylvania, New Jersey, Georgia, Connecticut, Massachusetts, Maryland, South Carolina, New Hampshire, Virginia, New York, North Carolina, and Rhode Island) decided they no longer wanted to be a part of the British Empire, declared themselves a nation of the United States of America.  Be mindful that those who signed the Declaration of Independence were immigrants as well; they or their ancestors had come to this land, where only American Indians resided at the time.  They came in search of freedom, safety, enterprise, etc.  As time progressed, the faces of immigrants to the U.S. changed from the look of the early settlers to Africans, Asians and Middle Easterners.

So who is a real American, and what does a real American look like?  One of the things that make this country beautiful is the diversity of faces, cultures, accents, and languages.  You see, I was born and grew up in a country where mostly everyone looked like me.  The President and all officials of Liberia looked like me.  Aside from the people at the European, American, and Latin American Embassies, whom we did not see every day, everyone basically was of the same race.  Years later when I came to America for further studies, I observed that my schoolmates and colleagues frequently pointed out that I did not look like an African.  My question always was, “What does an African look like?”  Obviously, they had their own misconceptions of what Africans were supposed to look like.  But never once, did I say to them, “You don’t look like an American.”  Like Americans, Africans are a diverse group of people.  The North Africans have a different look from Sub-Saharan Africans, and even Sub-Saharan Africans have diverse looks. Once when I got into a debate with a Caucasian American, he told me, “Go back to where you came from.”  I politely told him, “At least I know where to go back – do you?”  That ended the debate.

According to Webster, the meaning of independence is sovereignty, liberty and freedom.  I interpret that to mean, the sovereignty and freedom for all immigrants, regardless of their place of origin, their color of skin, when they arrived or their port of entry.  The author of the Declaration of Independence wrote, “We hold these truths to be self-evident, that all men are created equal, that they are endowed by their Creator with certain unalienable Rights; that among these are Life, Liberty and the Pursuit of Happiness.”  Notice the line, “That they are endowed by their Creator with certain unalienable Rights”.  All people of this country are entitled to those unalienable Rights, and that includes all immigrants; that includes me, my children, my grandchildren, and the women whom our Foundation services.  Let’s learn to look beyond the shades of each other, and learn to love instead.

The day I raised my right hand to take the oath of citizenship of the United States, I did not just take the words for granted.  I knew I had earned my citizenship, and I was proud to be an American.  I recall returning from a trip the first time I traveled out of the country with my American passport.  The Immigration Officer stamped my passport and said, “Welcome home.”  If you do not know, there is a difference when you enter with a foreign passport versus entering with an American passport.  So the next time you, as an American tell another American to go back to where he/she came from, please rethink that statement before uttering those words.  Ask yourself, “Where did I come from?”

Disclaimer:  The thoughts and ideas expressed in the preceding statement are those clearly of the author, A.M. Peabody, and not necessarily those of the organization, Global Woman P.E.A.C.E. Foundation.