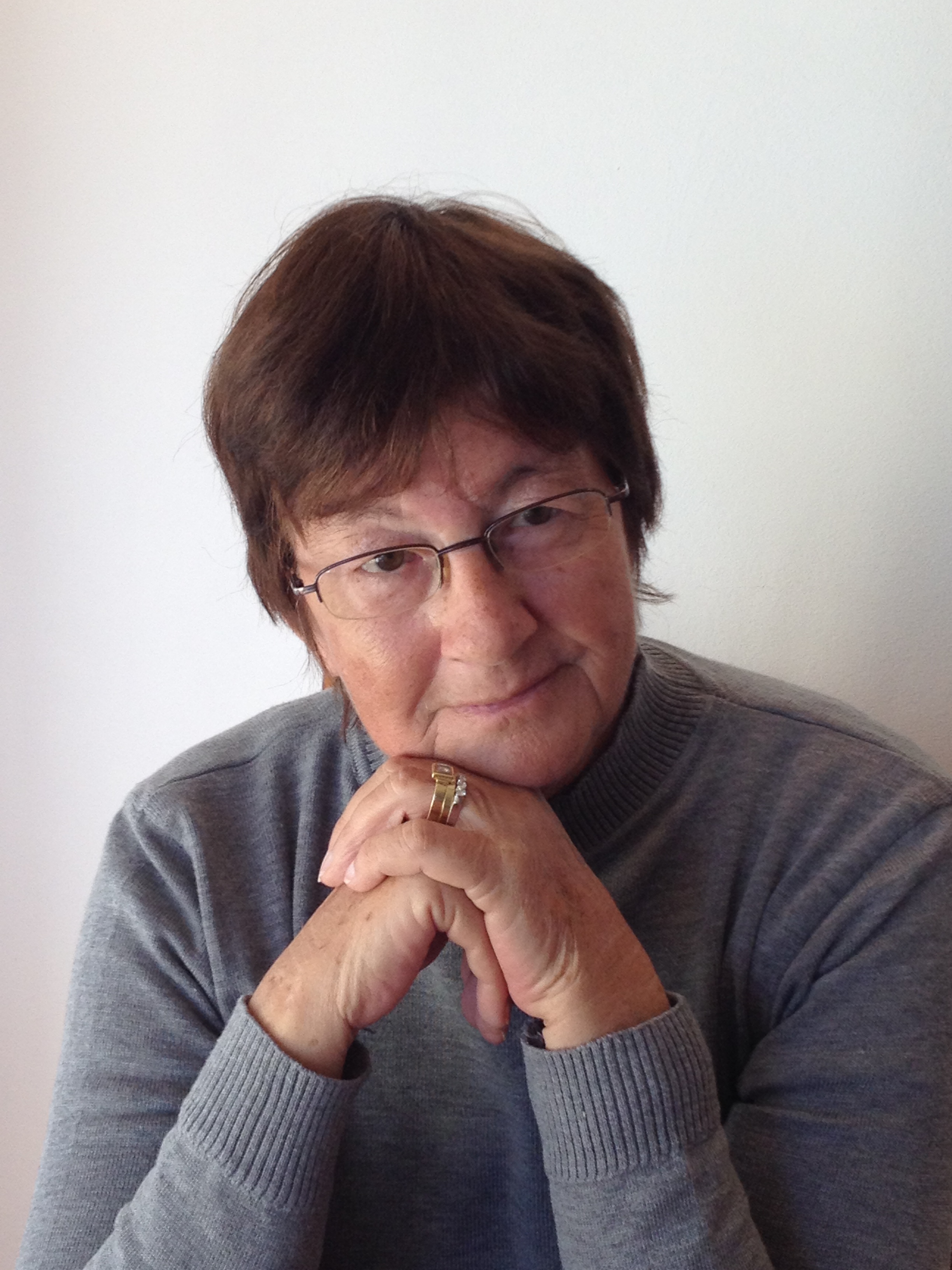 GWN: Lucinda, thank you for having this conversation with Global Woman Newsletter. Welcome to Global Woman Newsletter. Where were you born, and where did you grow up?
Lucinda: I was born in Dublin, the Republic of Ireland to an Irish father and a United Kingdom colonial mother who had been born in China. When I was 10, my widowed mother took me to England where I completed my education, married, had my first baby and went crofting (farming) in Scotland.

GWN: After being brought up in England, what caused you to make life in Africa?

Lucinda: A combination of being married to a Walter Mitty husband, our disastrous Scottish farming experiment (the perma-frost was only 8 inches below the surface) and the 3-day week debacle in the UK. At the time, fuel was rationed due to the coal miners’ strike and my wild wanderlust.

GWN: How adventurous. What parts of the African Continent did you reside?

Lucinda: Firstly, in Kenya, then in Colonel Ghadaffi’s Libya, followed by Botswana, Swaziland and South Africa.

GWN: What a diverse life you had! How did you find life in Africa?

Lucinda: It was a massive culture shock. I’d never seen people begging, rampant poverty, armed police and army personnel in the streets, metal shutters and grills over the shops, rubbish everywhere, goats, cows, chickens and donkeys wandering among the traffic and a bright blue sky which made every scene fluoresce.

GWN: That must have been shocking. You were commissioned to write educational text books. Please tell us about that.

Lucinda: In Libya I’d worked as a radio presenter, so I went for an audition at the South African Broadcasting Corporation, where they picked up on the material I’d written for the occasion. I was then commissioned to write educational radio programmes and got picked up by Heineman to write educational books. My editor moved to MacMillan and took me with him. I reluctantly turned down further work, as still with my Walter Mitty husband, I had to put food on the table for the family and support the domestic worker, her family, two cats, a variety of household pets and a St. Bernard with the appetite of a shire horse.

GWN: That is almost amusing. As an author of a series of books, please tell us what inspired you to begin writing.

Lucinda: The simple answer to this is addiction. I ‘fell’ into writing for the radio, fulfilling a lifelong dream, then later for television, corporate businesses and mayoral speeches, adverts – just about anything. When we retired to Spain I expected to lie in the sun sipping sangria, but I was bored within a month. I was driven to write, I couldn’t stop myself and this time I was my own client and boss with no broadcast deadlines to meet. Wonderful? No. I am the most difficult person I’ve ever had to work for.

GWN: It usually is like that. And the character Amie – how did you create her?

Lucinda: I began my author career (well into my 60’s) with three memoirs, then wondered if I could write a full-length novel, although I had no idea how many words most books had. They say ‘write what you know’ so I created Amie who had also left home in England to go and live in Africa.

Lucinda: Most of Amie’s first experiences mirrored my feelings when I arrived in Kenya, except I was left on my own with a nine-week old baby in the bush, twenty-five miles from the nearest town. However, apart from unwittingly walking past a public hanging, and broadcasting with a bayonet on my shoulder and getting caught in a riot where the police were using tear gas, I didn’t have the horrendous experiences I put Amie through.

GWN: Wow! Tell us more about the series on Amie.

Lucinda: Altogether in four books, I’ve had her embroiled in a civil war, locked up in prison, slogging across the desert with no food or water, killed off all the people she loves, blown up her house with all her possessions, removed her identity and she’s been stalked and attacked numerous times. In fact, on reflection, I‘ve been pretty mean to her.

GWN: During your stay in Africa, were you ever exposed to the practice of FGM?

Lucinda: When I was filming all over southern Africa I did not encounter FGM. I learned about a lot of other problems, AIDS, HIV, TB, subjugation of women and many others. The official policy in South Africa is that it is not practised, but that’s not completely true. The huge problem is the reluctance to discuss sex or initiation with anyone, even within families. The subject is taboo, and on one occasion I filmed a project which rescued young girls thrown out by their families for having sex with a boy. These young girls, still children, were left to wander through the bush trying to survive, unaware their swelling bellies indicated they were pregnant. In Africa its polite culture to tell the listener what you think he wants to hear – not necessarily the truth. While South Africa denies the practice and it’s not listed by the WHO, it is common among the Venda tribe in the north east, either as an initiation, or after the birth of a child.

GWN: To what extent were you exposed to it?

Lucinda: I can’t remember now where I first heard of it, but when I did I was determined to include it in the latest Amie book. I feel passionate about raising awareness of FGM and bringing the subject out into the open and educating women in how dangerous and demoralizing it can be. Talking to hundreds of women, especially in deep rural areas, I became very aware of their second class place in society.

GWN: Do you foresee the practice of FGM ending on the African Continent?

Lucinda: No, not in the foreseeable future. To modify unhealthy cultural practices, you first have to change mind-sets and this takes time. FGM was recorded at the time of the Pharaohs, and despite Egyptian doctors condemning the practice in the 1920’s Egypt is one of the countries with the highest incidents.

GWN: That is unfortunate. Is FGM an issue in Spain?

Lucinda: Yes, due to the diaspora of migrants from countries where it is commonly practiced there are nearly 70,000 who have subsequently settled in Spain. In 2011 in the region of Catalonia 25 cases were reported and 36 cases attended by the police.

GWN: Does Spain have a law against it?

Lucinda: Yes, and they are applied. Here in Spain they have been very pro-active against FGM, especially Dr. Adriana Kaplan, the director of the Wassu Foundation, who has investigated FGM for 30 years. There have been numerous studies, workshops, training manuals and training of healthcare workers. Where children are seen at risk, parents travelling to their country of origin need to sign to say they will not allow their daughters to undergo the procedure, passports of the minors may be confiscated until the age of 18, and girls may be examined every six months to ensure they are intact. In 2013, in a landmark case, Gambian parents were sentenced to 12 years in prison for circumcising their two daughters – they had previously been visited by social services. However, there are no reliable statistics for how many girls have undergone FGM in this country (Spain).

GWN: It is good to hear that the FGM law is enforced in Spain. What is your greatest wish for the ‘written word’?

Lucinda: To promote understanding and harmony worldwide. I know from the feedback I’ve had from many readers, both about living in Africa and the mental abuse I suffered as a child whose mother suffered from a personality disorder, that I have shed light on other cultures and conditions. With Amie: Cut for Life, which I think of as a window on a private and sensitive subject wrapped up in a fast-paced, action adventure story, I hope it will lift the veil a little exposing this horrendous practice, and maybe a few girls might escape the knife.

GWN: Absolutely. Congratulations on the series and most especially, Amie: Cut for Life. Do you have any advice for young girls aspiring to published authorship?

Lucinda: This is the hardest question of all! Don’t talk about writing, go ahead and write. Read, as widely as you can, live and dream books. When you’ve written your first book, don’t ask friends and family to judge it – they will be biased! Try to get honest opinions. Whether your book is traditionally or independently published, ensure it is professionally edited, and let an expert design the cover. Be realistic about becoming a bestseller. There are thousands of new books out every week, so make your book the very best it can be. And good luck!

When you shop during this year at Amazon, please remember to select Global Woman P.E.A.C.E. Foundation as your charity of choice. Please consider us when shopping. When you #StartWithaSmile, Amazon donates 0.5% of the purchase price to Global Woman Peace Foundation. Bookmark the link below and support us every time you shop.

We will update this 2018 calendar as schedules come in…

This section is for special announcements. If you have an announcement you would like to run in this section, please follow these guidelines.

Do you enjoy playing with words? This is a fun way to see how well you can unscramble the following words. We will reveal the unscrambled words in next week’s edition of the newsletter. If you enjoyed this, write and give us your feedback to info@globalwomanpeacefoundation.org.

• Donations (including in-kind donations) www.globalwomanpeacefoundation.org
• Partnering (collaborating in one of our programs and/or events)
• Joining our Internship or Student-Ambassadorship Program
• Volunteering
• Donate through employer payroll deduction (through Your Cause, United Way or the government employee giving program)

Attention: The U.S. government opposes FGM/C, no matter the type, degree, or severity, and no matter what the motivation for performing it. The U.S. government considers FGM/C to be a serious human rights abuse, gender-based violence, and, when done to children, a form of child abuse. It is against the law to perform FGM/C in the United States on a girl under the age of 18 or to send or attempt to send her outside the United States so FGM/C can be performed. People who violate this law can face prison time and significant immigration consequences. Additionally, anyone who performs FGM/C on a woman 18 years old or older without her consent may be charged with a crime under other laws. If someone performed FGM/C on you, you have not violated any U.S. laws and are not at fault, call 1-800-994-9662.