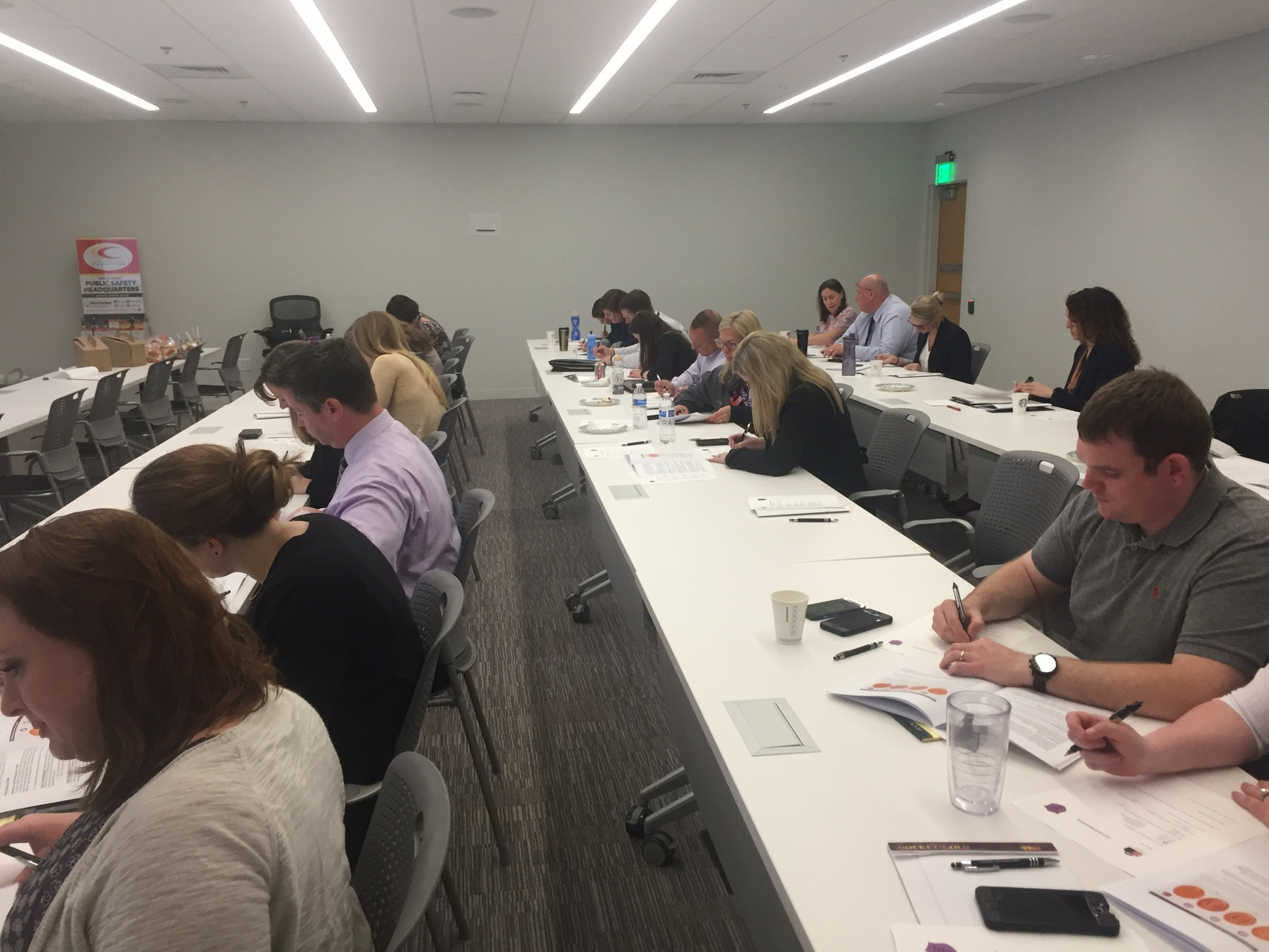 Fairfax County in the Commonwealth of Virginia was the second recipient of this special training GWPF had compiled.  The purpose of this program, Kids Reach Shield was created to educate law enforcement in the Washington, D.C. metropolitan area about the practice of FGM and its consequences.  Additionally, it provides officers with resources to support FGM victims and at-risk girls through the stages of prevention, protection and prosecution.

The idea of training law enforcement in female genital mutilation came to GWPF when they heard about an incident in Springfield, Virginia in the spring of 2017.  You probably have heard this story before now, but it is the origin of the Kids Reach Shield training program.  Following one of GWPF’s FGM presentations in 2017 at a church in Fairfax, one of the attendees approached Angela Peabody of GWPF.  She said, “It is happening right here in Springfield, Virginia.”  Peabody was astonished to hear the attendee’s claim.  The attendee explained that one evening as she and her daughter stood before their Springfield townhome, they witnessed a young girl running down their street.  The girl shouted, “My father wants to cut off my private parts” as she ran.  The presentation attendee said she immediately understood what the girl meant because she had previously attended another presentation on FGM which GWPF had given in 2014.  What was even more shocking was that the father raced after the girl with a large knife in his hand.  She and her daughter shielded the girl from the father, who was determined to get to his daughter.  He told them to get out of his way because it was their culture, and he had the right to cut off his daughter’s genitals because they practice it in his country of origin.  They called the police but when the police arrived, they had never heard of female genital mutilation.  The attendee proceeded to educate the police about FGM.  Of course, the father was arrested and taken away.  When Peabody shared that story with the GWPF’s Board of Directors they decided to help by implementing a program to inform and educate law enforcement on FGM.

Last Tuesday’s training was the result of a successful Kids Reach Shield program in 2018, the first year of their training.  More than a year ago GWPF engaged their two interns from the Milken Institute School of Public Health at George Washington University to help research and compile a special training manual, exclusively for law enforcement.  The interns did an excellent job with the assignment, and the result exemplified it.  GWPF and the interns decided to write each county in the Washington, D.C. metro area, and invite them to participate in the Kids Reach Shield training program.  The first three counties to respond to the request for introduction and training were Loudoun and Fairfax Counties in Northern Virginia, and Montgomery County in Maryland.  Fatu Drame, a graduate student conducted extensive research, as she searched for an appropriate model for training law enforcement on FGM.  When she was unable to find an actual model in the U.S., Drame expanded her research to the College of Policing in the U.K. to gather relevant information.  The actual research took approximately three months, and the writing and compilation took another 2.5 months to complete the twenty-page manual.  While Drame and her fellow intern, Christine Hedstrom selected images and graphs for the manual, the manuscript was being fact checked and edited.  The finished product, Kids Reach Shield Program: A Law Enforcement Female Genital Mutilation Training Manual was then approved by the Board of Directors of GWPF, and sent to the printer for publication.

The manual provides an introduction of Global Woman P.E.A.C.E. Foundation, and an overview of FGM.  It includes detailed information on cultural aspects, proper language, types, consequences, perpetrators, terminology, interviews, federal and state laws, protection, prevention, prosecution, and answers to the whys, hows, whats, whens, etc.  There is also a reference section in the manual.

The visit to Arlington County, Virginia last Tuesday was quite different from the previous counties in 2018.  There were only approximately seven detectives in the training room.  The program began with the newest Board Member of GWPF, F.A. Cole who is also a survivor of FGM.  F.A. shared her personal story, while including humor to help loosen the tension in the room.  She shared a photo of where her excision actually took place in the mid-eighties.  The discussion of FGM brings a serious aura to the room therefore Cole has a brilliant way of getting her audience to relax.  Angela Peabody remarked how Cole was a tough act to follow, but she proceeded with her presentation, sharing an occasional actual story or scenario.  While Peabody covered the cultural traditions, health risks, myths, religion, and the origin and history of FGM, a representative from an agency of the Department of Justice lectured on both the federal and state laws in the United States against the practice of FGM.  The presentation was designed to be synchronized with the contents of the manual with references to where in the manual the detectives could find information.  Copies of the manual were presented to Lt. Pilco for his Major Crimes Unit Squad.  At the end of the class, GWPF handed out evaluation forms to the detectives for their feedback.  GWPF reviews the feedback following each of the trainings, in order to determine how and where they can improve the Kids Reach Shield training.  The Arlington County Detectives provided positive and encouraging feedback to last Tuesday’s training.

Global Woman P.E.A.C.E. Foundation thanks the Police Department of Arlington County, especially Lt. Pilco for giving them the opportunity to share with them their knowledge of FGM.  The Cities of Alexandria, Falls Church and Manassas, as well as the Counties of Prince George’s and Prince William are still pending for training in the Washington, D.C. metro area.  GWPF is committed to expanding the Kids Reach Shield training to other metropolitan areas in the country, once they have completed the Washington, D.C. metro.