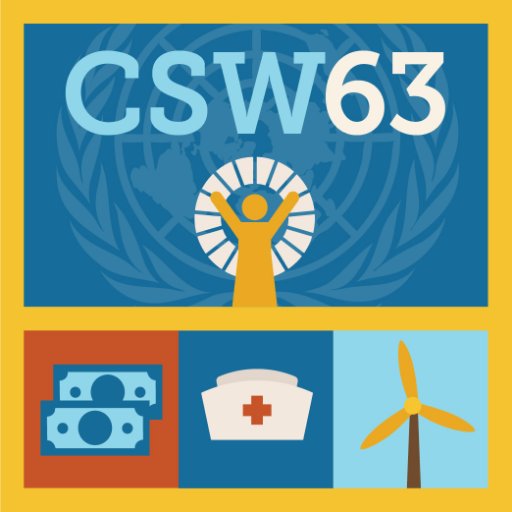 The US End FGM/C Network is hosting a panel discussion at the 63rd Commission on the Status of Women (CSW63) at the United Nations.  GWPF will join the US End FGM/C Network and other member organizations on Thursday, March 21, 2019 at the CSW63 in New York.  The specific location of the Network’s panel discussion is the Church Center of the United Nations, 10th Floor on the grounds of the U.N. at 777 United Nations Plaza, New York, 10017, from 2:30pm until 4:00pm.  If you are able to attend this panel discussion, you are encouraged to register at this link:  https://www.eventbrite.com/e/understanding-the-us-fgm-landscape-prevention-protection-and-care-tickets-57632769164.  The Network and GWPF hope to see you in New York!  Several of the Network’s member NGOs, including Global Woman P.E.A.C.E. Foundation (GWPF) will be sharing the work in which they engage on behalf of women and girls.  GWPF has been a member of the US End FGM/C Network since its establishment, and the organization is honored to be represented at the CSW63 as part of the Network.

Each year in the month of March, the NGO and nonprofit communities busy themselves preparing for a trip to New York City.  They travel from as far as Africa, Australia, Asia, Central and South America, Europe and various parts of North America.  They travel to New York to attend one of the largest women’s conferences in the world; the Commission on the Status of Women (CSW).  All roads lead to New York City for two weeks, which convened on March 13th this year when the assembly came to order.  Various activities will continue through March 22nd.  This year marks the 63rd Session of the Commission on the Status of Women.

The Commission on the Status of Women convened for the first time in February 1947 in Lake Success, New York.  This was not long after the founding of the United Nations.  The fifteen government representatives attending the very first conference were all women.  Here are the 15 original members of the CSW:

Way Sung New of the People’s Republic of China

Elizavieta Alekseevna Popova of the Union of Soviet Socialist Republics

Dorothy Kenyon of the United States

The following description explains the various types of consultative status with the CSW.

General Consultative Status (formerly Consultative Status 1), the highest level, which may be granted to organizations that are concerned with most of the activities of the Council, that are making substantive and sustained contributions in many fields, with a considerable membership, and that are broadly representative of major segments of society in a large number of countries. These organizations are entitled to deliver oral presentations during the Council’s meetings.

Roster, which are “other organizations that do not have general or special consultative status but that the Council, or the Secretary-General of the United Nations in consultation with the Council or its Committee on Non-Governmental Organizations, considers can make occasional and useful contributions to the work of the Council.”

Since the codification of the legal rights of women needed to be supported by data and analysis, the Commission began a global assessment to determine the status of women.  After extensive research, a detailed country by country report of women’s political and legal standing became a basis for drafting human rights instruments.  Between 1947 and 1962, the CSW focused on setting standards and formulating international conventions to change discriminatory legislation and foster global awareness of women’s issues.  The Commission celebrated its 25th anniversary in 1972 by recommending that 1975 be named International Women’s Year.  The recommendation was endorsed by the General Assembly to help bring focus to the equality of women.

The Third World Conference on Women was held in Nairobi in 1987, and the Commission took the lead, bringing violence against women to the forefront.  On December 20th in 1993, the Declaration on the Elimination of Violence against Women was adopted by the General Assembly of the United Nations.

Now in 2019, approximately more than 500 organizations are represented at the CSW63 at the United Nations Headquarters in New York City.  This year’s priority theme is social protection systems, access to public services and sustainable infrastructure for gender equality and the empowerment of women and girls.  For 63 plus years organized women have been advocating against injustices and violence against them.  It is now 2019, and women still have to prove when they are sexually assaulted; they still have to prove when they are the victims of domestic violence; and they find themselves still trying to have state laws passed against female genital mutilation (FGM) in the United States and other parts of the world.  How long will women be the gender that has to prove violation against them?  Will it take another 63 years?  Will a woman’s work ever be done?  Perhaps some of these answers will be found at the CSW63.