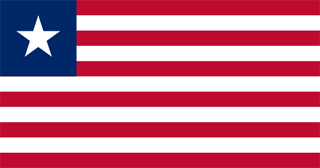 Last Thursday marked the 171st year since the Liberian Declaration of Independence was signed and that West African country celebrated its independence from the American Colonization Society.

Some Liberians here in the U.S. busied themselves with plans and preparations for the celebration in observance of their independence day last Thursday, and through the weekend.  But many Liberians in Liberia staged a protest against the newly inaugurated President.  Although they demanded that he disclosed his financials, they should have also demanded that he commit to the criminalization of female genital mutilation (FGM).  The Liberians in the Washington, D.C. area celebrated on the grounds of the Liberian Embassy in Washington, D.C.  They contended with warm temperature, humidity and eminent thunderstorms at their 16th Street and Colorado Avenue Embassy grounds in Northwest Washington, garbed in colorful traditional attire.

It was difficult to miss the performance of the cultural dancers, most especially the masked and grass skirted performers.  It reminded me of my childhood years in Liberia when the cultural and masked dancers came to perform in our front yard.  They were the most frightful sight I had seen at my young age.  I was terrified of the masked and grass skirted dancer, who started off as a short object on the ground; and suddenly it began to grow right before our eyes until it was a nine-foot giant.  It danced as it kicked up dirt, spinning vigorously.  We referred to that scary masked object as the “devil”.  When my mother wanted to persuade me to eat my meal or do what she wanted me to do, she threatened to call the “devil” and I obeyed without hesitation.  I think every Liberian child was fearful of the so-called “devil”.

As I embraced womanhood, I discovered that female circumcision, the “devil” and the Poro and Sande Bush Societies were all interconnected.  The very “devil” I so dreaded as a child belonged to the GreGre (Grebo) Bush, where little girls were taken to be circumcised (female genital mutilation).

Although my mother used the cultural “devil” to get me to be obedient, she would have never turned me over to it to have my genitals cut.  I did not know at the time that there were indeed some Liberian mothers who actually took their daughters to the Sande Bush.  I did not know either, that several decades later, it would be my fate to become an ardent advocate against the very act the owners of the cultural “devil” did in secrecy to little girls.

So as Liberia proudly celebrated 171 years of being an independent Republic, I wondered if the hundreds of circumcisers (excisors) took a break from the Sande Bush last Thursday and the weekend.  The children are out of school during this time of the year; and that means it is high season for the Sande Society Bush.  Did they close down the Sande Bush for a day to celebrate their independence last Thursday?  They probably did break for celebrations, became intoxicated, and returned to their blades the next day.  After all, Thursday was a national holiday in Liberia.  But did the women miss a day of making their living?  A circumciser can earn up to Five Hundred U.S. Dollars a day, depending on the number of girls she cuts.

I have celebrated Liberia’s Independence Day, July 26th since I remember myself as a child.  I recall delivering the Liberian Declaration of Independence on July 26th when I was only ten years old in Marshall City.  It was my very first public speaking gig.  Unfortunately, I found it difficult to celebrate last Thursday with other Liberians both in the diaspora and in Liberia.  We should not have been celebrating while little girls live in fear of being cut in the Sande Bush; and we certainly should not have been celebrating while little girls lose trust in adults and their leaders because they live in a country without a law that protects them against FGM and other cultural violent practices.

In light of that, I did not say the familiar phrase last Thursday, “Happy 26th”.  Instead, I said nothing or I said, “Sad 26th” to every other Liberian native.  I will continue to say “Sad 26th” until the law to ban the practice of FGM is passed by the Liberian Legislature and Senate, and enforced by their law enforcers. I take this opportunity to appeal to the Leadership of Liberia, including George Weah, and ask that they seriously consider placing a ban on the practice of FGM in that country.  I ask that you, Mr. Weah extend Johnson-Sirleaf’s Executive Order and urge your Senate and Legislative colleagues to officially criminalize the practice of FGM, at least up to the age of 18.  As you recover from your days of independence celebration, I hope you will think long and hard and consider putting the safety of girls before the demonic practices in Liberia.  Meanwhile, I say, Sad 26th to all Liberians!