The countdown is on!  Global Woman P.E.A.C.E. Foundation (GWPF) kicks off its 6th annual Walk to End FGM scheduled for Saturday, October 19th on the Washington National Mall.  Started in 2014, Walk to End FGM is a 5K charity walk-A-thon against female genital mutilation (FGM).  FGM is the partial or total removal of the external female genitalia for non-medical reasons.  Most girls undergo FGM when they are between 5 and 15 years old.  Practiced for more than 5 centuries, FGM made its way to Europe, the U.K., Australia and North America due to the continuation of the practice.

The mission of our organization is to empower women and girls through education to eradicate gender based violence, with focus on female genital mutilation.  The purpose of the Walk to End FGM is to raise awareness about the practice of female genital mutilation and raise funds to support our programs.  The organization saw the need to educate and inform the public in the U.S. that this heinous and atrocious practice is not only a problem in Africa, Asia and the Middle East; that it is a problem of the world.

The proceeds raised from the Walk to End FGM are used to support the programs for the rehabilitation of FGM survivors and the prevention of FGM on girls.

Get Involved and Participate 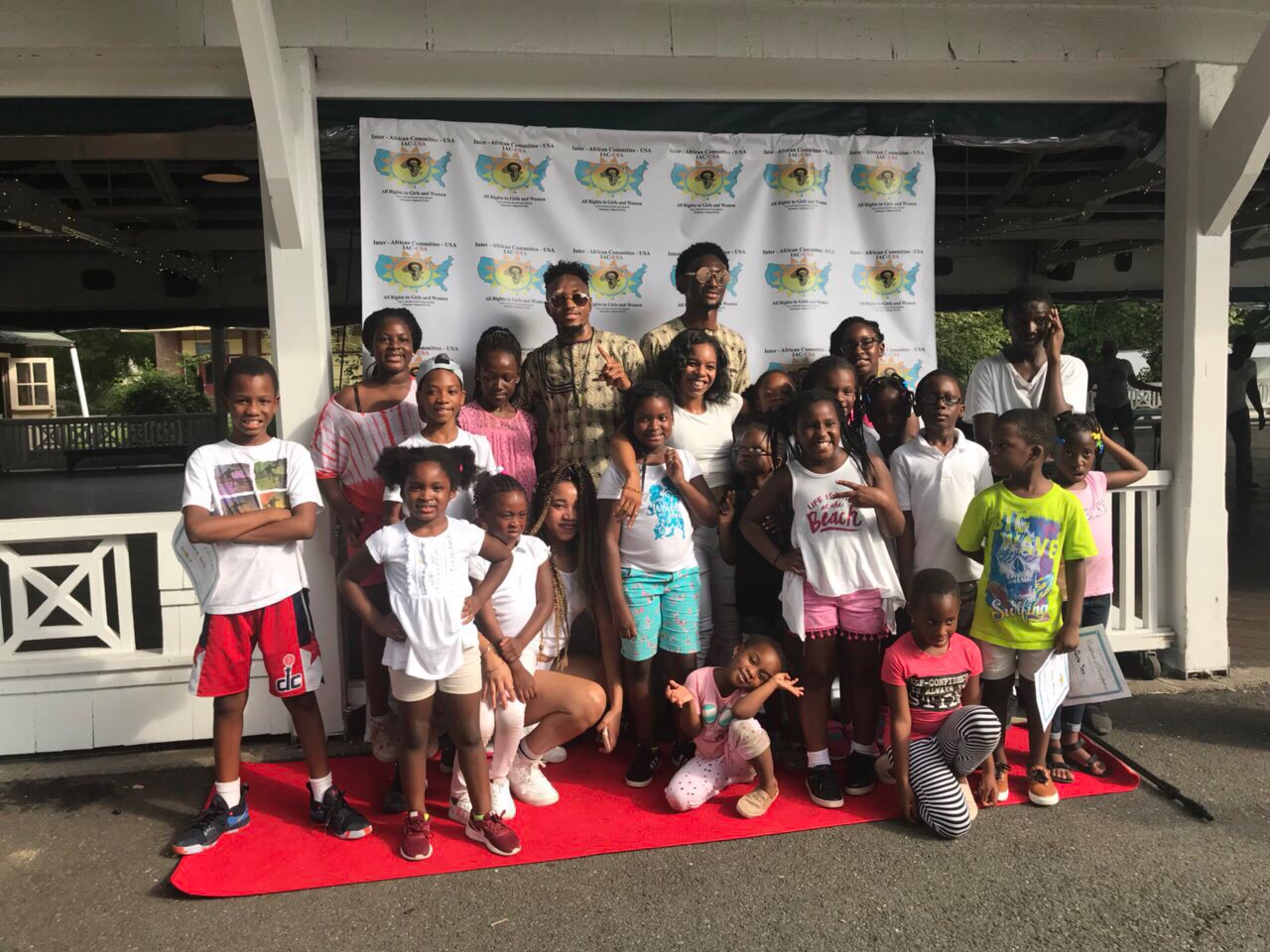 This Saturday the Inter-African Committee-USA will hold their annual Vacances Sans Excision (Vacation or Summer without FGM).  This is the fifth year that the organization has held a special summer camp of West African cultural activities.  The message the camp sends is that children can have a summer full of fun and traditional activities without the presence of female genital mutilation (FGM).  Vacances Sans Excision translated from French to English is Vacation or Summer without Excision or FGM.  The U.S. branch of the Inter African Committee, more commonly known as IAC-USA on traditional practices, affecting the health of women and children has been successful for five consecutive years in bringing children together.  The summer camp teaches, not only children but parents alike of the alternatives to Vacation Cutting.  The camp will convene this Saturday, August 17th at 10:00am at the Black Hill Nature & Visitor Center, located at 20926 Lake Ridge Drive, Boyds, in the State of Maryland in the U.S.  This year’s theme is “Protecting Girls and their environment.  Girls can be initiated without mutilation.”

The purpose of Vacances Sans Excision is to demonstrate to both the parents and children that vacation can be spent full of fun and learning, without the lifetime trauma of excising girls.  In most female genital mutilation (FGM) practicing countries of the world, summer breaks are considered high season for performing FGM on girls. In search of finding an alternative to parents taking the girls to their countries of origin during the summer, IAC-USA implemented the idea of a special summer camp.

The children attending the camp on Saturday can look forward to a full day of games, traditional lessons, including dance, art, debates, discussions, and meals.  The curriculum was designed to demonstrate the importance of teaching children about their heritage; this includes necessary cultural traditions such as dance, dress, food, public speaking, and the arts.  The children will learn the importance of West African traditions without the practice of FGM.  The day is expected to begin with a traditional assembly of speeches and music, as the children shout the usual chant, “No FGM!”  They can expect to enjoy a mixture of delicious West African and American cuisine as children and parents alike get acquainted.

Established in 2006 as a 501c3 nonprofit organization, the mission of the IAC-USA is to promote the rights and well-being of women and children in at-risk immigrant communities, by bringing an end to harmful traditional practices through education, support, and encouragement of healthy traditional values.  It is part of a network of international organizations in several countries, partnering with the United Nations and local entities.  The organization endeavors to raise awareness of the continued predominance of century-old harmful practices that are carried out against women and children under the disguise of cultural traditions and religion.

According to their leadership, IAC-USA is dedicated to furthering the rights of immigrant women and girls to freedom from harmful traditional practices of their native countries and cultures.  This includes early forced marriage, female genital mutilation, and other violent and injurious practices, while promoting the adoption of beneficial traditions and rites of passage.

In countries such as Sierra Leone, Liberia and Guinea, the girls enter the society bush to go through the rite of passage to womanhood.  During their stay in the “bush”, they teach them to make baskets, cook meals, farming, how to be good wives and mothers, etc.  However baskets, meals and farming are not the only things the girls experience in the so-called “bush”; they also undergo FGM as part of the passage to womanhood.  FGM is an integral part of the marriage preparation in those countries.  Camp Vacances Sans Excision teaches girls all of the lessons learned in the Sande and Bondo Society Bushes, but without the ritualistic initiation cutting of their genitals.

“Vacation Cutting” is when girls are taken to their parents’ countries of origin from either the United States or a European country for the purpose of having FGM performed on them.  In the year 2013, the U.S. amended the federal law to add Vacation Cutting; if anyone, including a parent, guardian or another adult takes a child from U.S. soil to another country for the purpose of having FGM performed on her will be subject to five-year imprisonment and a fine or greater.  Several U.S. States, such as Georgia, Virginia, Florida, Kansas, Nevada, and Michigan have included the ‘Vacation Cutting’ clause in their state laws, which include the crossing of state lines in the U.S.

On Friday, August 23rd, IAC-USA will hold a formal closing ceremony to wrap up the camp for this year.  Hosted by one of their partner-organizations, Vital Voices Global Partnership, they hope to bring several of their supporters and other partner-organizations together in the closing ceremony.  The Executive Director of IAC-USA, Fatoumata Kande said, “The Closing Ceremony will highlight our efforts and accomplishments to date and will provide the opportunity to inform a broader community in the U.S. and abroad of the work that still needs to be done.”  The closing ceremony will be held at 1625 Massachusetts Avenue, Northwest #300, Washington, D.C. 20036 at 3:00pm until 6:00pm.