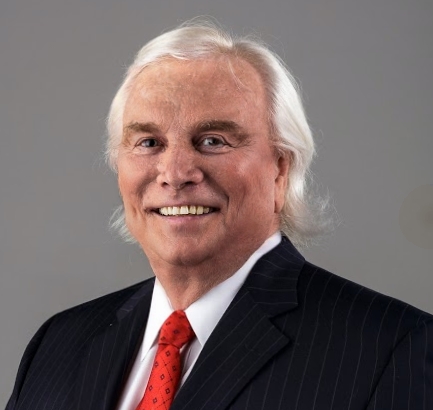 Dr. T. Wayne Bloodworth, a retired cosmetic surgeon made history last Saturday, June 9th in Atlanta, Georgia.  He held the grand opening of the Surgery Center for Female Genital Mutilation, located in Johns Creek, an Atlanta suburb.  The Surgery Center for FGM is a 501-C-3 non-profit corporation that is dedicated solely to the treatment of FGM survivors.  Dr. Bloodworth said, “The center is different from other centers in that we see no other type of patients.  Beyond the reconstruction surgery, we provide the psychological counseling that these patients require.  Since there is no fee for our services, we depend on donations and grants.”  Dr. Bloodworth is not only a retired cosmetic surgeon.  He is also a Fellow of the American Academy of Cosmetic Surgery and a Fellow of the American College of Obstetrics and Gynecology.  This exceptional surgeon now dedicates his time to the treatment and healing of FGM survivors in the United States as well as in the world.  Attending the opening was a diverse group of people from the medical community and the African community in the Atlanta area.

Global Woman Newsletter (GWN) attended the opening and caught up with Dr. Bloodworth to discuss the surgery center and his career.  When asked what inspired him to open such a center, he responded, “Throughout my career as a cosmetic surgeon and gynecologist I have done charity work.  I had reached a point in my life that I wanted to utilize those skills full-time with a non-profit and, after researching the needs of these victims, it was a question of whether to simply travel often to Africa and other distant destinations or build something in the U.S.   I concluded that I could have a greater impact in the U.S.   However, I will still donate some part of the year to work in other countries.”  In the Center is a large map of Africa, displaying colorful stickers to indicate the countries from where his patients were excised.  Other walls in the Center are decorated with colorful African art.

GWN:  What are some of the steps in preparing a woman for the reconstructive surgery?

Dr. Bloodworth:  We first assess the patient’s psychosexual status.  The time requirements for this are totally dependent on the patient and her needs. Until this is confirmed, the surgical procedure is delayed.  After the diagnosis is made as to which type FGM, then the procedure is scheduled.   Throughout this period, the patient is given both written and verbal instructions as to what the next step will be.

GWN:  So in other words, the decision for surgery must be the patient’s.  Besides performing the surgery, what do you say to the women who come to you seeking genital reconstructive surgery?

Dr. Bloodworth:  My conversation with patients considering reconstruction is the same as I used in cosmetic surgery; never promise results that may not be attainable.  The patient must have reasonable expectations based on our conversations.  If this is not the case, more talk is required or no surgery is performed.

GWN:  That is understandable.  What are the benefits a woman can expect following such a surgery?

Dr. Bloodworth:  The larger question is what is the patient’s primary complaint-pain, sexual dysfunction, urinary symptoms, etc.?  When this is determined and after completion of the psychological assessment, then one can plan the surgery and predict the outcome.  From the standpoint of clitoral reconstruction alone, the goal is to restore the anatomy to as near that of her birth as possible.  Function thereafter varies to some degree, but according to Dr. Foldes’ findings, the benefits clearly outweigh the risks.  Another measure of success frequently expressed by a post-operative patient is her declaration that she “feels whole again”.

GWN:  Mentioning Dr. Foldes, you have spent time with French Urologist, Dr. Foldes in Paris.  What is the most important element you took away from your training with him?

Dr. Bloodworth:  One of the most impressive things I learned from Pierre is that he knows some really great French restaurants!  More seriously, it was the manner in which he views the entirety of the patient’s needs.  As compared to a patient that has not suffered this horrific trauma, the FGM patient comes with requirements for added attention.  It’s much more than the typical gynecologic patient who has only a physical symptom.

GWN:  That is what makes the care offered to FGM patients so exemplary.  How many such surgeries have you done so far?

Dr. Bloodworth:  I have practiced surgery for more than thirty-five years and performed hundreds of operations on the female genitalia, both internal and external.  So working with Dr. Foldes introduced me to another approach to an area I have operated on so many times before.  Now I am just doing it in a new location with a single type of patient.   The Center has been operational since April and we already have numerous patients in the counseling phase with surgical procedures scheduled through July.

GWN:  Congratulations on the opening and the work already being done.  We know that there have been some misconceptions about clitoral restoration.  Since you are a specialist in this area, please share with us what such a procedure entails.

Dr. Bloodworth:  The clitoral restoration involves the removal of scar tissue surrounding the previously mutilated clitoral “stump”.  It is then mobilized by releasing the suspensory ligament and brought to a point in the anatomy that it can be anchored and exposed externally.  The remainder of the procedure involves the cosmetic efforts to restore normal anatomy.

GWN:  That is simply well stated.  As a gynecologic surgeon, what warnings do you have for excisors against the dangers and health risks of female genital mutilation on girls?

Dr. Bloodworth:  The immediate risks at the time of cutting are apparent — hemorrhage (even exsanguination), infection, etc.  But I don’t think the excisors are able to recognize the psychological trauma they inflict.  It is real and it is long lasting.  Then the physical scarring that results may produce chronic urinary tract infections, pain, dysfunctional sexual relations and obstetric complications.

GWN:  You are right – the excisors only view their practice in one dimension.  Do you have an encouraging advice for activists and advocates against FGM?

Dr. Bloodworth:  Keep up the drumbeat!  Progress is slow, but evident.  At a recent international meeting on FGM in Montreal, there was a physician from Kenya who presented his work.  His persistence was being rewarded and the geographical area where he was working had witnessed a significant drop in FGM practice.   I think the legislation being passed by certain countries is slowly taking effect, but more is to be done.

GWN:  I suppose advocates must be persistent yet patient.  You mentioned that you are willing to share your knowledge and expertise with other gynecologic surgeons.  What are the requirements for someone seeking training?

Dr. Bloodworth:  The only requirement would be scheduling.  They are welcome to visit our Center, but unless they have the time to really understand the entire patient, they may not be fully trained.

GWN:  That makes sense.  Where do you see this type of surgery in the next ten years in the U.S.?

Dr. Bloodworth:  My hope is that within ten years the procedure will be fully integrated into gynecologic practice and all gynecology resident training programs.  Further, all medical practitioners—not just gynecologists–should be educated in the care of these patients.

GWN:  Let’s hope that your own hope is adhered to in the near future.  The U.N. Secretary General has set a goal that 2030 is the year the practice of FGM will be eradicated.  Are you optimistic about this goal?

Dr. Bloodworth:  To me, that’s very optimistic, but with an herculean effort by all, it may be attainable.  That would mean that in the next twelve years, the cultures that have performed this horrific act for more than five thousand years would end their practice.  And with an estimated three million new victims per year currently being mutilated, it means we don’t become complacent, we just work harder.

GWN:  Optimism without complacency.  We must keep that in mind.  With that said, what future plans do you have for your surgery center?

Dr. Bloodworth:  At some point, I would like to create a formal teaching program for any health professional that may come into contact with an FGM patient.   I feel the U.S. medical community—for different reasons—has not stayed current with the needs of some in our immigrant community, especially the FGM patients.

Global Woman Newsletter wishes Dr. Bloodworth, his staff, patients and the unique center much success.  As though he does not have enough to occupy his time, Dr. Bloodworth is a published novelist.  His first novel, The Perfect Match published in 2017 is a riveting page-turner.  Unlike Bloodworth, his lead character is a surgeon who is eager to retire from his work as a surgeon.  Bloodworth has a knack for creating believable characters that win the reader’s sympathy and attention.  Although he has no near future plans of giving up surgery, Dr. Bloodworth most certainly has an alternate career – a novelist.  Until then, there are millions of FGM survivors in the real world that need his attention. 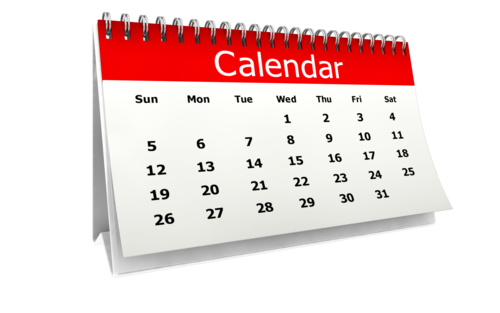