In the wake of the observance of International Day of Zero Tolerance for FGM, GWPF’s Board Member, Wallicia Gill correlates her work with both FGM and Sex Trafficking. 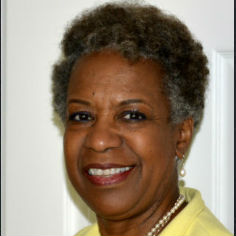 Many, when hearing Female Genital Mutilation (FGM), or Human Trafficking, think of these problems occurring in foreign lands.  I count myself among the “many” un-informed about these issues.  My work with Global Woman P.E.A.C.E. Foundation (GWPF) has been intellectually rewarding, and certainly opened my eyes about the practice of FGM.  Both of these crimes are present in our communities.  For example, in the Washington, D.C. area alone, there are an estimated 51,000 victims of FGM (Ariel Buchmann—a former Board Member of Global Woman P.E.A.C.E. Foundation and Former Digital Producer at WUSA 9, 2017) and over 1700 cases of Human Trafficking, according to the District of Columbia Human Trafficking Task Force.  Accurate numbers for each of these crimes are difficult to confidently establish because of reluctance of victims to report.

This article will explore some of the commonalities in Female Genital Mutilation and Human Trafficking, aside from the obvious differences of the acts,(excising, infibulating, circumcising—FGM); forcing women to sell their bodies for sex (Human Trafficking).  The commonality is controlling women  and young girls, with drugs, or force; repugnant, illegal, and a violation of human rights laws.

Another commonality is that women of color are most often targets for these practices.  In the United States, 31 states have criminalized FGM. Yet, much work remains to be done in the remaining 19 states to criminalize this outrage against humanity, and violation of human rights.  Is this true because FGM is a gender and largely women of color issue and deemed not a problem in these 19 states?

Polaris (polarisproject.org), a national Human Trafficking hotline that collects statistics, report that the three top ethnic/racial groups of victims are: Latino, 2,348; Asian 1,809; African, African American, Black, 1,072 – women of color.  Twelve states have passed minimal laws to support victims of trafficking.  The three worst human trafficking states are California, Texas, and Florida.  All states have laws on the books; however, state ratings are based on a 7-tier system that evaluates the effectiveness of the trafficking laws.  Information by state can be obtained by visiting polarisproject.org.

Global Woman P.E.A.C.E. Foundation has worked closely with law enforcement, including the FBI to offer training, and information on FGM.  The work with law enforcement, and networking with these officials have supported GWPF in rescuing potential victims. GWPF offers a monthly survivor program where featured speakers and activities on nutrition, legal support, and information on reconstructive surgery are offered.   Vigilance and education are also important components of advocacy . . . GWPF worked with Virginia State Senator, Richard Black to pass legislation to criminalize FGM (Class 2 Felony), including “vacation cutting.” GWPF’s Walk to End FGM and our Global Woman Awards Program each October promote and draw attention to our work. Most recently, July 2019, Virginia passed legislation that requires schools to include FGM in the Family Life Education Curriculum because of advocacy work at the state level.

Likewise organizations such as The Northern Virginia Human Trafficking Task Force recently offered an educational program on Human Trafficking Awareness in a Multi-Cultural Setting. Speakers provided information to the community on trafficking by gangs, and the rise of the crime in massage establishments. The information focused on the impact on women of color, Latino, and Asian (Massage Businesses that are hotbeds of trafficking).  The internet has become a powerful resource to promote the business of Human trafficking, one of the factors making the crime difficult to police in the Washington, D.C. (DMV) area.  A Hackathon is being offered that focuses on educating the community on ways and techniques to combat human trafficking when internet use is suspected.   This Free Event is scheduled for March 28-29 at George Mason University—Arlington Campus.

Commonalities are present in the fight against FGM, and Human Trafficking, both violent crimes against women, and are human rights violations.  Combined advocacy efforts from GWPF and Human Trafficking Communities have the potential to offer rich and varied ideas on strategies to combat these heinous crimes.

This Thursday, February 6th is International Day of Zero Tolerance for female genital mutilation (FGM).  The UN first officially commemorated the International Day of Zero Tolerance for FGM on February 6, 2003. In an effort to make the world aware of female genital mutilation and to promote an end to it, in December of 2012, the United Nations General Assembly actually adopted a special resolution to observe the day.  Since then, the United Nations has requested that the day be used to enhance awareness-raising campaigns, and to take concrete action against the practice of FGM.  This is the day that the world tells the perpetrators of FGM that there is absolutely no tolerance for the practice of it.  The United Nations regards FGM as child abuse and a form of human rights violation.

GWPF asks that you wear an item of purple this Thursday, February 6th to make your voice heard that you will not tolerate FGM.  Fly a purple flag on your car; wear a purple bow or flower in your hair or wear a purple jacket.

We call out to everyone reading this edition to remember all of the girls and women whose lives were taken at the blades of excisors for the past five thousand plus years.  This includes the 12-year old Egyptian girl who recently lost her life to FGM.  We recognize all of the women and girls who have survived the years of post-FGM, and the courage many of them exhibit by speaking out against what they endured many years before.